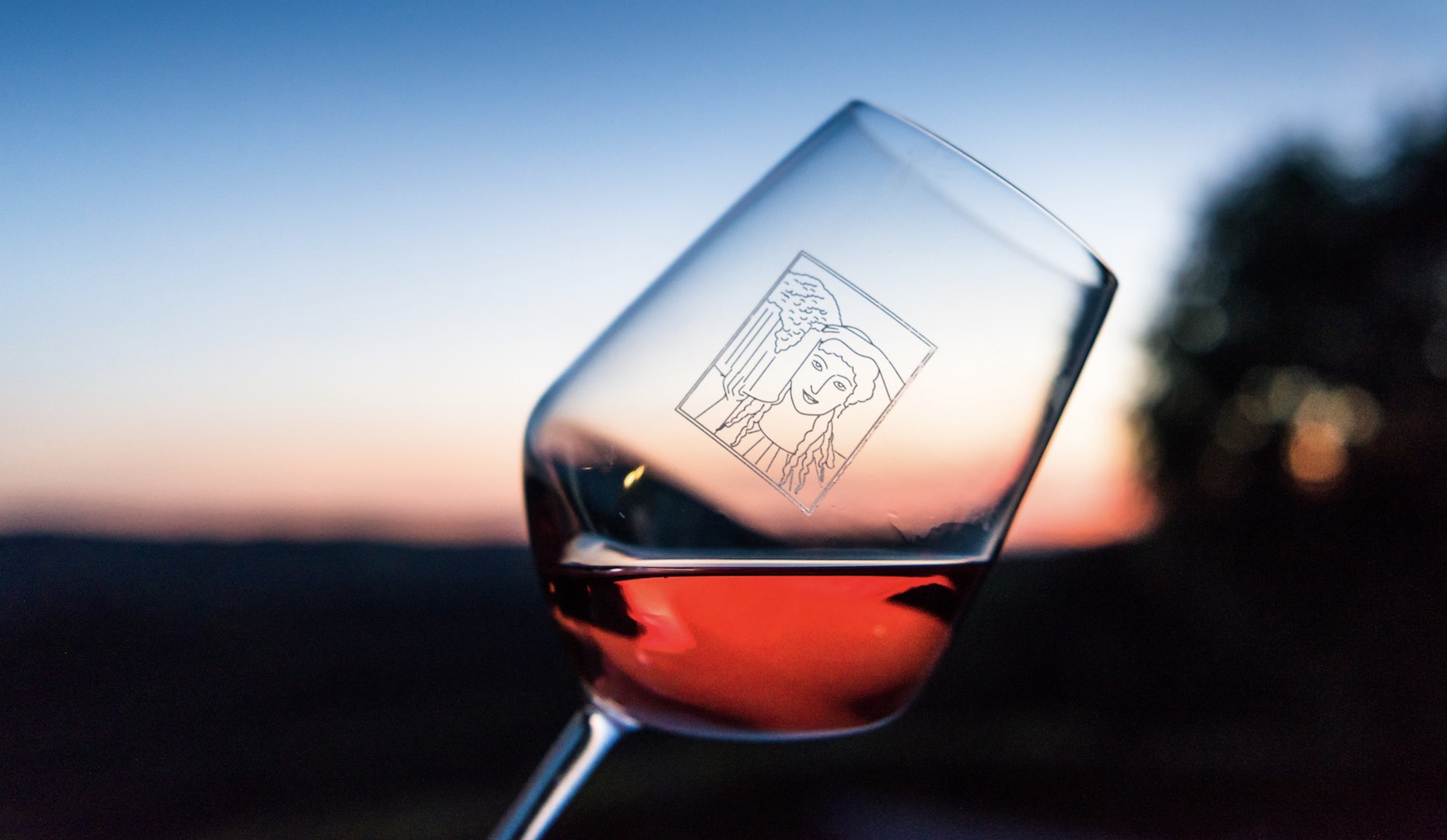 In this short article we will talk about a series of curiosities related to the origin of Chianti Classico and its history. We will start by talking about the origin of the name, since the name is that attribute that identifies us, it is therefore correct to start from here: First of all, we must emphasize that the origin of the name Chianti is not yet certain. In the past there has been much debate on what the etymology of this word was. The most accredited thesis is that it derives from the Etruscan term “Clante”. This term stood for water. And recent studies have confirmed that it was also a frequent name among the Etruscan aristocratic families.

Our “journey” starts here – right from the Etruscans.

This population immediately understood the agricultural potential of this area. As Wine lovers, they introduced the vine and gave life to the wine production of this area – even if, for them the wine was a kind of food rather than a drink. They added spices and in some cases cheese to the drink, and probably only after the arrival of the Romans, they started to have a conception of wine more similar to the one we have today.

Returning to our journey, as we have already said, it was the Romans who succeeded the Etruscan dominion. The Roman domination brought enormous benefits, and an era of prosperity for Chianti began.

With the fall of the Roman Empire, however, began a period of strong economic and social crisis that was solved only from the year one thousand. 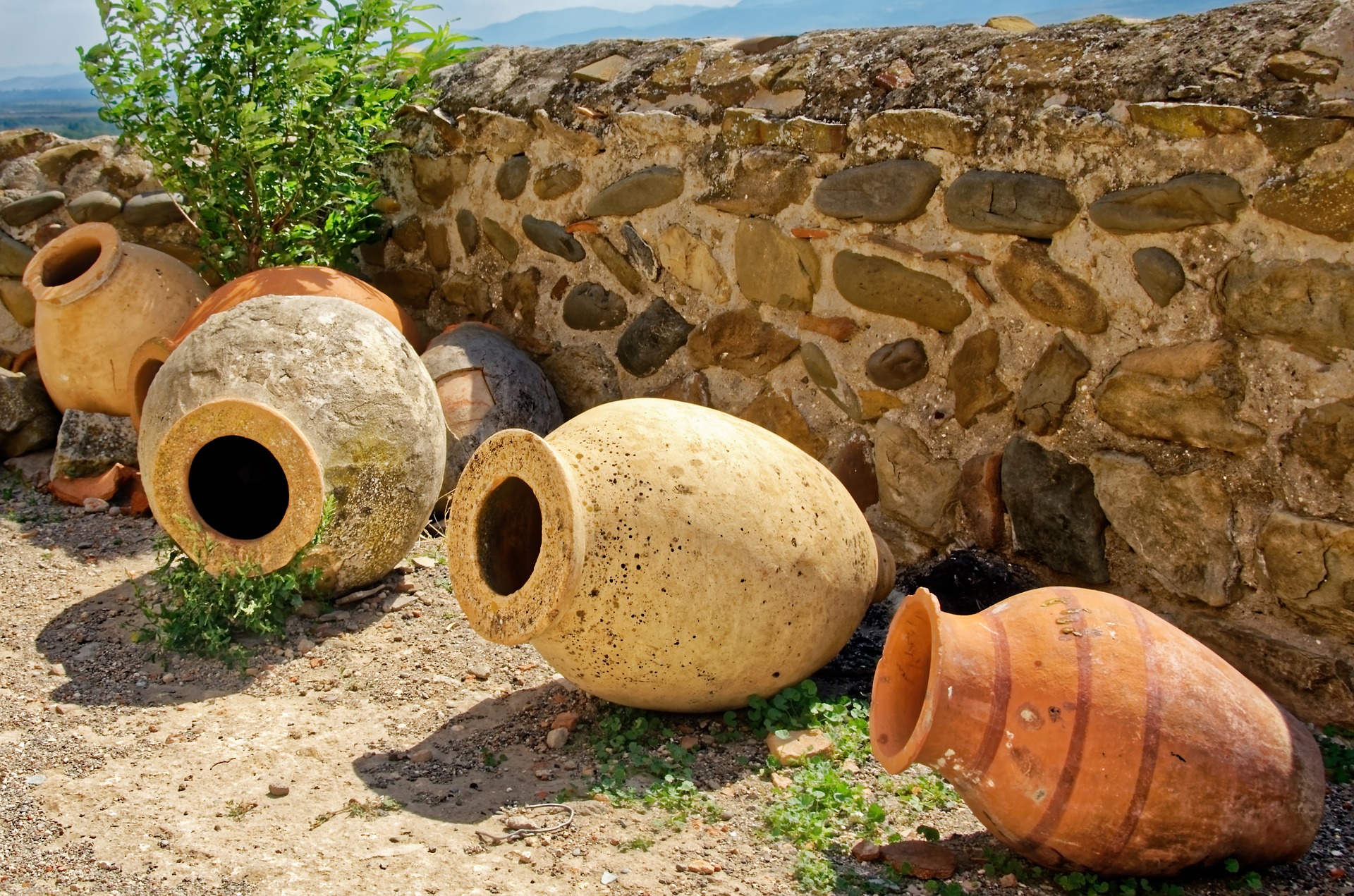 It is also important, in order to understand how Chianti Classico was born, to underline the role that Florence and Siena have had, in defining the geographical boundaries of this area. The two cities have fought several times over the centuries and one of the reasons that drove the two cities to this feud was establish the hegemony on the territory of today’s Chianti Classico.

A small paradise on earth, the Chianti area, represented a resource from the point of view of the agriculture and raw materials of vital importance.

In Chianti we have a legend about how an agreement was reached about the actual boundaries of the two areas.

It is said that the two cities were exhausted after decades of wars then they decided to “settle the matter” once and for all with a peaceful solution.

So, Florence chose a knight and Siena did the same thing. They decided to have an horse ride competition.

In the morning of the competition, once the knights would had heard the rooster singing, he would set off and when he would have met his counterpart, they would have draw the line of the border.

Anyway, the Sienese, they chose a white rooster and Unfortunately, they fed the animal more than abundantly on the day before the race. The Florentines instead chose a young black rooster that they kept fasting.

The result is soon said – the white rooster, since he was not starving, continued to sleep until late. The black rooster, instead, began his song long before dawn. Thus allowing the Florentine knight to leave in clear advantage.

It is actually, in honor of the Black Rooster that today on the bottles of Chianti Classico wines we find it as a symbol

The Florentine knight met his rival about 12 km from the city of Siena at the castle of Fonterutoli (which today is in the area of Gaiole in Chianti) This is consider the place where they decreed the border.

The League of Chianti

Proceeding with our “journey” it is necessary to talk about the Lega del Chianti.

The foundation of this administrative body dates back to 1384. The League can be described as a political-military alliance that administered the Chianti territory on behalf of the Florentine Republic.  Obviously since 1300 we also began to observe an increase in wine production in this area, and the creation of a more functional system of trade with other areas of the Italian Peninsula.

However, only in the seventeenth century, the production of wine increases exponentially, as well as the export. Chianti started to export throughout the European area and in particular to England.

Because of this, it was necessary, during the following years, to create a new system of regulation and management of wine production in this area.

This brings us to the fateful 24th September 1716. When Grand Duke Cosimo III De’Medici issued the proclamation “Above the Declaration of the four Regions of Chianti, Pomino, Carmignano, and Val d’Arno di Sopra”.

With this announcement he establishes a series of laws and regulations for the control of wine production. In addition, he defined 4 specific areas of production: Chianti, Carmignano, Pomino and Valdarno di Sopra.

Thanks to this announcement, it was established that no wine produced outside of these areas, could be marketed under the name Chianti. We must keep in mind, that three of these areas have given in modern times origin to specific DOCG: Chianti gave birth to Chianti Classico, Pomino to Chianti Rufina and Carmignano to Chianti Montalbano. Only Valdarno di Sopra has had no further development in this sense.

It is also important to underline how this edict issued in 1716 sanctioned the birth of the first controlled and guaranteed wine-growing area. A sort of DOC ante litteram. In essence it is the first wine “appellation” in the world, even before Bordeux. In that region they created the first appellation only in 1852 with the name  “Appellation  d’origin contrôlée”.

The necessity to name a wine as “Chianti Classico” arose when an increasing number of producers of lower quality began to distribute wine using the appellation Chianti. Additionally to that, the geopolitical boundaries of this wine-growing are, area actually became less and less clear. So in 1924 a group of 33 producers, originally from Radda in Chianti, came together. This is how the Chianti Classico Consortium was created. This was done in an attempt to protect the quality and heritage of the original Chianti wines.

While the main objective of the Chianti Classico Consortium was to establish and differentiate the production of quality wines from the traditional Chianti region, the government’s goal was to produce quantity over quality, and so the Chianti region was divided into 7 sub-regions. However, this division was not made by terroir or specific climatic or geological aspects in mind, and did more for administrative and political reasons, undermining the consortium’s attempt to raise the quality standard. In 1967 the Chianti DOC was created. The DOC  is a government-backed quality standard that indicates that the product (the wine, in this case) is controlled by the specific region. In this case, the DOC stipulated that Chianti wine should be produced with 70-90% red grape varieties and 10-30% white grape varieties. This completely undermined all attempts to establish quality control, and upset many producers. Now the concept of a 100% Sangiovese wine has been outlawed by DOC regulations, starting the revolution that led to the development of Super Tuscans.

In an attempt to encourage the effort to establish a quality standard for Chianti wines, the DOCG Chianti was established in 1984. The “G” added at the end of the DOC indicated that the wine was “controlled and guaranteed”. As you can imagine, this did not do much.

Finally, a real progress came about when the “Chianti Classico 2000 project” was launched: an ambitious research project that aimed to identify the specific Sangiovese clones in each region and how best to cultivate them for each specific terroir. This project lasted 16 years and identified 239 Sangiovese clones in the region. This information was made available to the public free of charge to help the production of quality wine.

In 1996 Chianti Classico was finally recognized as its own DOCG, not just a sub-region of Chianti. This DOCG is accompanied by its own regulations, which state that the wine must be 80 – 100% Sangiovese, and could be up to 20% of other grape varieties, including international ones.  This was a huge step forward in defining the quality that can be expected today from a Chianti Classico marked wine compared to a basic Chianti, achieving a goal that was achieved hundreds of years ago.

Today we have a product called Chianti Classico that is easily recognizable compared to a Chianti Base, coming from one of the other seven (Chianti) areas.

Chianti Classico is a wine region waiting to be discovered, where tradition, territory and love come together to create unique wines.

We are waiting for you all. Contact us with any questions, book a wine tasting or degustation or order your own bottle of wine online here.