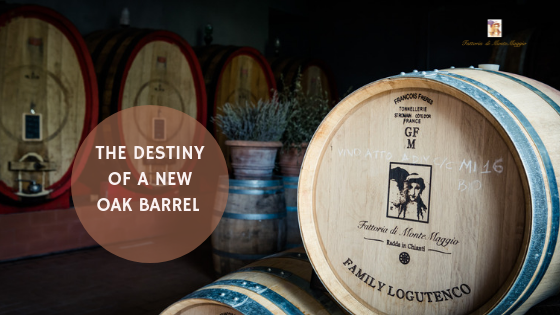 Historically oak barrels were used for the transportation of wine. Aging of wine in barrique, tonneaux, or big cask is a later phenomenon. Today, there is an art in using oak barrels for the aging of wine. Different styles of wine require different types and or/the combination of different oak barrels, large or small. But is the use of barrique and other types of barrels dependent upon wine styles and trends or rather on the financial capacity of wineries? Can it even be assumed that the power of decision lies in the hands of the accountants running the numbers with a firm hand?

The latter has been argued lately to some extent by French coopers. Let us look further into the history of oak barrels and their use in winemaking.

What history lies behind the barrel?

It is thought that in the old Mesopotamia, they transported wine in vase containers made of palm wood and in Ancient Greece in wood barrels. During the Roman Empire, they started to use containers of terracotta rather than wood as it was less susceptible to the weather conditions.

Wood barrels made with staves were first introduced by Gallic tribes – the Allobroges – that resided in the area of today’s Switzerland in the first centuries B.C. At first, this kind of barrel was only used for the transport of wine but further on towards the Middle Ages the benefits the barrels had for the aging of wine were discovered. (See Botti e barriques in Slowfood.it)

During the 17th century, the cement tanks entered the world of winemaking followed by steel tanks in the 20th century as wine production became more of a high-volume business. However, if we fast-forward to the 1970s with the start of the Robert Parker era, ripe, powerful, and mainly barrique aged wines came into fashion. The barrique aged wine almost reached a level of standardization in some wine areas. Since the turn of the millennium, the wine style has slowly changed again turning away from bold, almost over-ripe, and powerful wines towards fresh wines with cleaner notes and more finesse. (See On Parker and Parkerisation on Tim Atkin)

In Italy, and many other countries today, there is a return towards using big casks rather than barrique. However, barrique is still widely used, though new oak barrels tend to be used less than older barrels. More about this below. 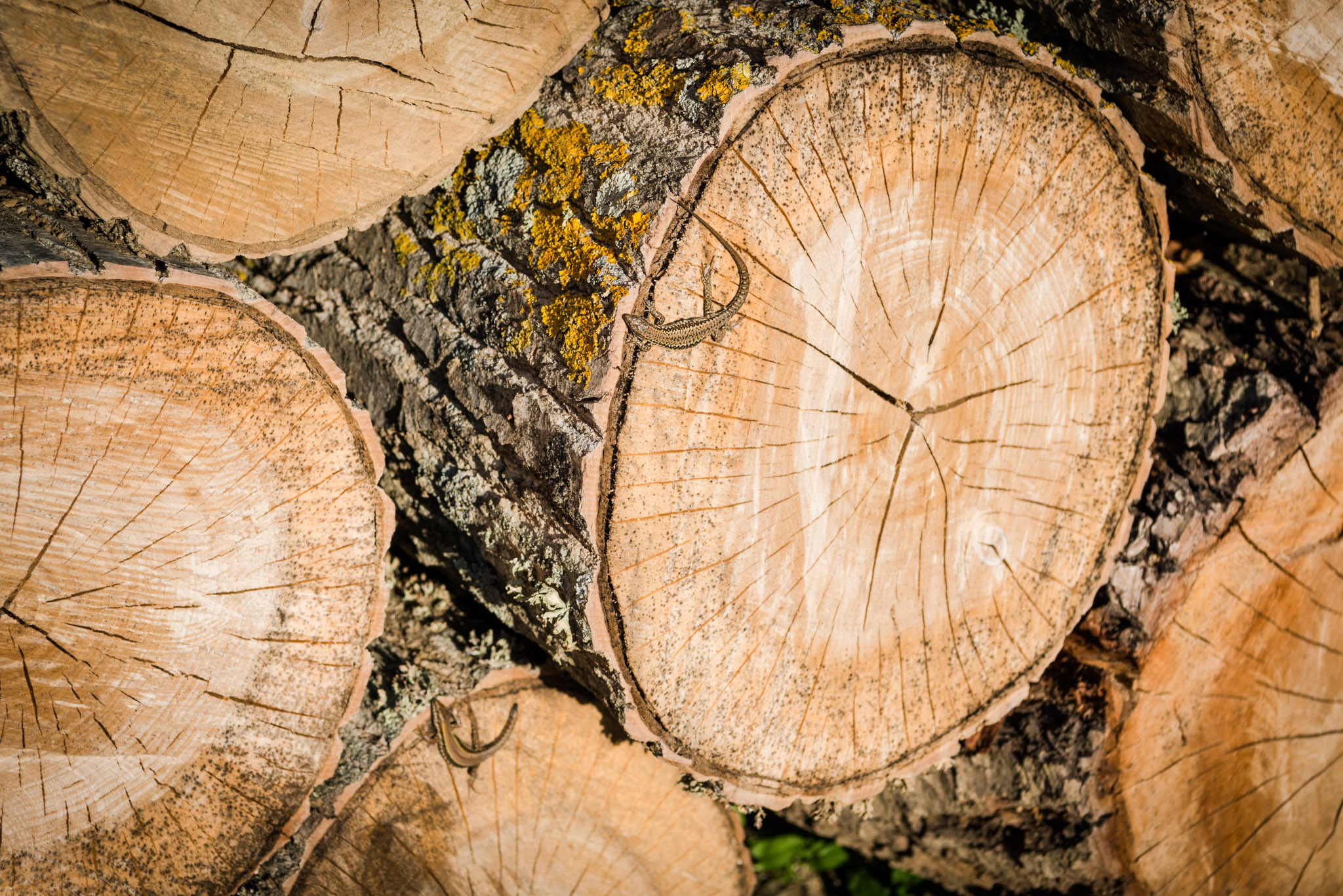 The French influence in the world of oak barrels

The craftsmanship in making oak barrels has an important history in France. Still today, the coopers in France have a crucial role in the global oak barrel business for the world of wine. Oak trees used for barrel making are grown also in Croatia, Hungary, Romania and in the USA. However, the core oak that is used for oak barrel making is grown in France where the business amounts to about $400 million in revenue.

Did you know that Russian oak was used in France in the 19th century when the local oak could not cover the need?

It is known for being of high quality and comparable to French oak.

Returning to the oak business in France, oak trees were ordered to be planted in France during the reign of Louis XIV to satisfy the need of wood in the maritime industry and the navy in the 17th century. Still today oak with straight trunks are grown specifically for the oak barrel sector in the national forests of France.

Furthermore, the craftsmanship and professionalism of oak barrel making have made France the undisputed world leader in the sector producing around 500,000 or more barrels a year. More than half of the oak barrel production is exported to mainly the US, Italy, Australia, and Spain.

Accountants as the scrooges of the wine business

During the last decade, there seems to have been a downswing in the purchase of new oak by wineries. According to James Lawrence, in his article Accountants Calling the Shots at Wineries in Wine-Searcher, he recounts how the president of Trust Cooperage in France stresses that the decline in sales does not depend on the winemaking processes but on the accountants.

It is further argued that the use of less new oak is not a question of style in the wine business because the coopers nowadays can make barrels with tailor-made flavor nuances. Rather it is linked to the cost-efficiency imposed by the accountants working mainly at larger wineries. This might be true for larger constellation brands and large wineries as in the US, but it probably does not correspond to the reality at smaller and mid-sized wineries.

James Lawrence makes some good counter-arguments in his article, underlining that the decision of using less new oak often has to do with consumer choices, trends, culture, etc.

What about Italy and its oak barrel trends?

Looking closer at Italy, it would need to be researched further but with the high amount of smaller, family-owned wineries, it is probably highly unlikely that it would be decisions taken by an accountant. Even at the larger winery brands in Italy, it seems unlikely that the choice of oak barrels would fall entirely under the power of the accountants.

During the last decades, winemakers in Italy and elsewhere have gained more and more experiences in the art of aging wine in oak barrels and how they can alternate new and older barrels for a balanced result. This is especially important when dealing with the 225 liters barrels in Bordeaux style to gain a less invasive impact from the wood.

As mentioned earlier, there is today a return to using big wood casks, cement tanks, or amphoras for the maturation of wine instead of new oak barrels to emphasize the typical traits of the grape variety. Then it indeed also depends on the grape variety used, as a Cabernet Sauvignon is generally more oak resistant while a Sangiovese wine can be more sensitive to new oak. The Sangiovese often need time to smoothen out its edges by maturation in big casks.

However, a more powerful Sangiovese might be able to better cope with aging in small oak barrels. The definition of how powerful and resistant a grape is to aging in new small oak barrels has to do with vintage, the type of clone used, alcohol level, soil, management of fermentation and maceration, and much more.

What do you think?

Let us know your opinion by leaving a comment below.

Now that this is said and done, take a look at the Fattoria di Montemaggio wines available to buy in person or online.

Other sources:
Dario Parenti – oenologist
Mastering the Art of Oak Ageing in Wine-Searcher

Building furniture out of old oak barrel for 25 years. I like to think I was the founder of the art

Hello,
Thank you for your article about oak. I lived in Florence through the 80’s when the so-called super tuscans and others began using a lot of new oak barriques. Personally, I dislike the the flavor of new oak which I feel overwhelms the grapes’ inherent flavor. Many claim that it can be successfully moderated, but I have never tasted a barriqued Italian wine without immediately tasting the awful oak. I don’t know, but it would seem to be a marketing style for American consumption, since California wines tend to be fat, high alcohol, and super oaky. Do you know of any Italian list of wineries that never use barriques? I’d like to buy wine with certainty of no new oak, but most shop owners don’t know the vinification process & the info is not always available online. Thank you,
Auguri, James