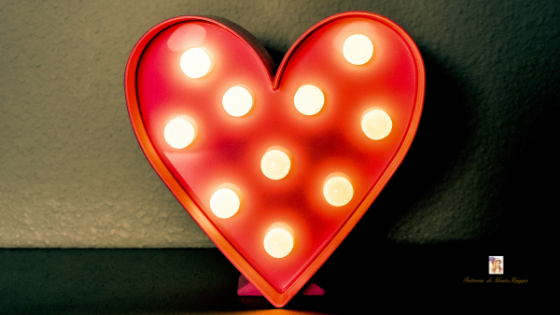 We are approaching the 14th of February and it is time for Valentine’s Day. After two years of the pandemic, many are probably looking forward to Valentine’s Day as a way to finally be able to celebrate something while others may find it a tad bit superficial after what the world has gone through. Be that as it may, Valentine’s Day is an occasion to be a bit more romantic than usual. People, in general, try to express their feelings with chocolate, flowers, romantic cards, and candlelight dinners, to name a few possibilities. However, what about expressing one’s feelings with a bit more thought behind them? Let’s see how we can contribute to that.

A bit about the History of Valentine’s Day

In a previous article, we talked about how Valentine’s Day has its origin in martyrs and saints BC, especially in the era of the Roman Emperor Claudius II. The legend says that Saint Valentine of Rome was executed because he refused to convert to Roman paganism on the order of Claudius II, instead, he tried to convert the Roman Emperor to Christianity. Furthermore, the belief goes that Valentine, on the eve of his execution, wrote the first-ever Valentine card to a girl who had been healed from blindness. There were various martyrs with the name of Valentine in the BC era and the 14th of February is celebrated in different Christian religious factions to commemorate the sanctification of these martyrs. The celebration of  Valentine’s Day and Valentine’s Day cards then developed further through the centuries up until the present time.

A former American professor of English language and literature, Jack B. Oruch, had his very own theory though where he argues that his research showed that the poet Geoffrey Chaucer was the first one to link love to St. Valentine. He is supposed to have done this with his writings “The Parlement of Foules” and “The Complaint of Mars in the 14th century. Professor Jack B. Oruch, therefore, argues that Chaucer was the brain behind Valentine’s Day as it is known today.

Say it with a Poem and a Glass of Wine

We have paired three love poems with three of our own wines. This, in a way, expresses that love is in the air and shows the essence of our wines in a different way. We hope you will enjoy the poem and wine pairings below and, who knows, perhaps use them as a way to be romantic on Valentine’s Day.

Chaucer’s The Parlement of Foules paired with Cielo di Montemaggio

What better way to start this than with the poem The Parlement of Foules by Geoffrey Chaucer that as we mentioned above was the first time that, according to the late Professor Jack B. Oruch, the Valentine element was put into a literary or social context. Saint Valentine had rather been the protector of bees and the patron of epilepsy rather than romanticism up until the 14th century.

In The Parlement of Foules, Chaucer says “Seynt Valentynes day, whan every foul cometh ther to chese his make”, and let us read a couple of the stanzas in a more contemporary English version:

For this was on Saint Valentine’s day,
When every fowl comes there his mate to take,
Of every species that men know, I say,
And then so huge a crowd did they make,
That earth and sea, and tree, and every lake
Was so full, that there was scarcely space
For me to stand, so full was all the place.

You know that on Saint Valentine’s day,
By my statute and through my governance,
You come to choose – and then fly your way –
Your mates, as I your desires enhance.
But nonetheless my rightful ordinance
I may not alter, for all the world to win,
That he that is most worthy must begin.

As you can understand from these two excerpts, the poem is about the beginning of spring when the birds come to pair and choose their mates. It has then been questioned in research about this poem that spring does not really start in February in England and that birds might not mate in February already. Then, others argue that the first bouts of spring probably were considered to occur in early or mid-February in Medieval England. Oruch also claims that some birds really do mate in early February in England such as the thrush, raven, partridge, and blackbird. 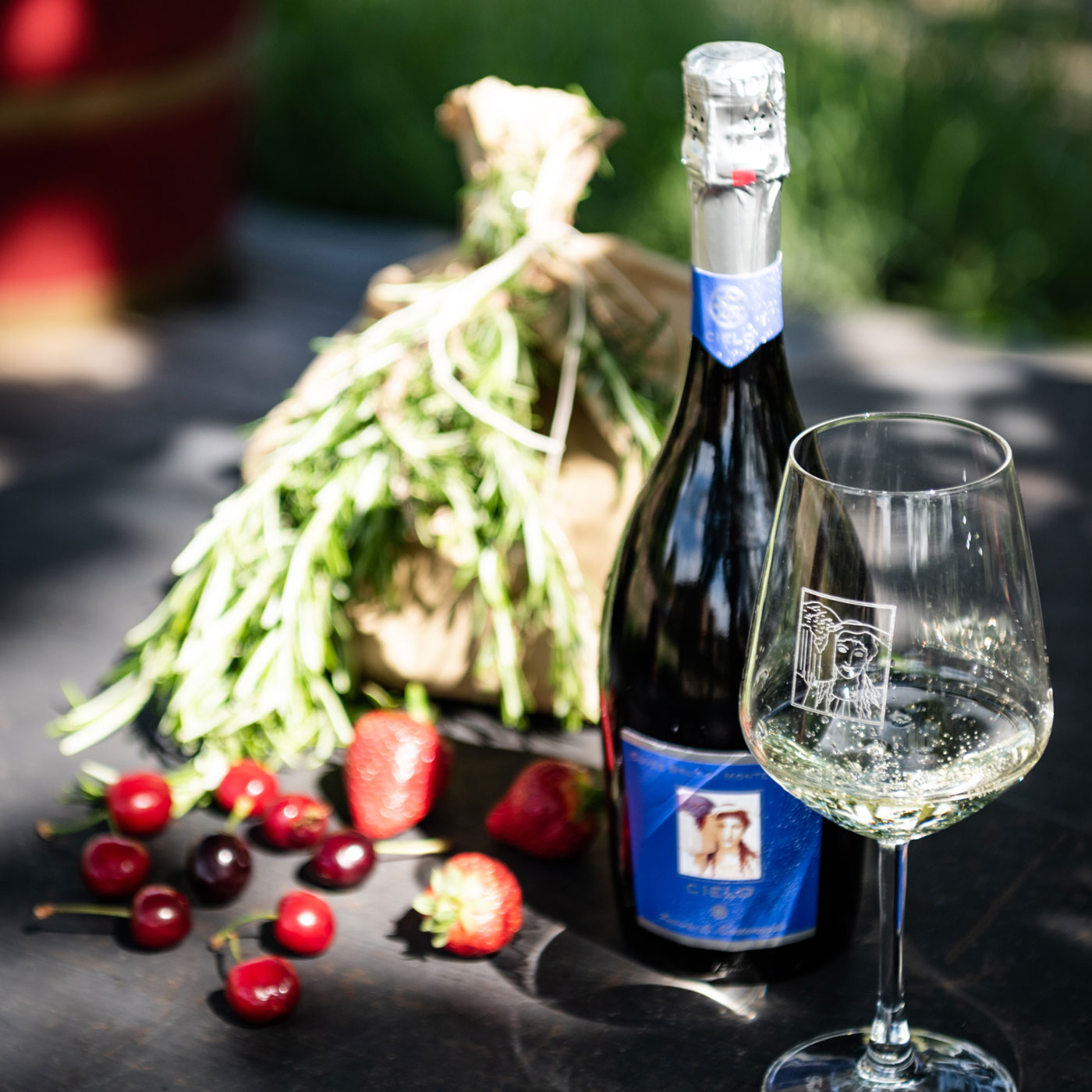 Cielo di Montemaggio, our Cuvée Brut Chardonnay wine, is a perfect pairing with Chaucer’s poem about spring and mating love birds on Saint Valentine’s Eve. It is a sparkling wine that is fresh and bubbly with a certain structure. It has enchanting notes of green apples and other green fruit, spices, and a herby touch. The idea for the wine was born one starry night at Fattoria di Montemaggio while we were shooting a video of the star-filled sky over Montemaggio. Thereof, the name Cielo di Montemaggio.

The 18th-century Scottish poet Robert Burns wrote this love poem that was first published in 1794. Burns explores the world of love and the narrator in the poem expresses his deep love for the woman in this poem. He needs to leave and go far away for some time but promises to return and that, despite the distance, his love will continue to burn just as strong. The narrator compares his loved one with a “red rose” and a “sweet melody” and continues to manifest that his love will last until the sea dries up and the rocks melt from the sun.

So fair art thou, my bonnie lass,
So deep in luve am I;
And I will luve thee still, my dear,
Till a’ the seas gang dry.

Till a’ the seas gang dry, my dear,
And the rocks melt wi’ the sun;
I will love thee still, my dear,
While the sands o’ life shall run.

We have chosen to pair this poem by Robert Burns with our Rosé di Montemaggio. This is a 100% Sangiovese rosé wine with an intense rose-red color that has a wonderful freshness combined with the intense and captivating fruity, slightly floral, and mineral notes of the Sangiovese grown in the Radda area. The hint of strawberry both on the nose and at the palate makes it as sweet as the feelings harbored for a loved one. Rosé wine can be refreshing on a very warm summer day in June as mentioned in the poem. A glass of Rosé di Montemaggio can soothe the heart while longing for a loved one that is far away. 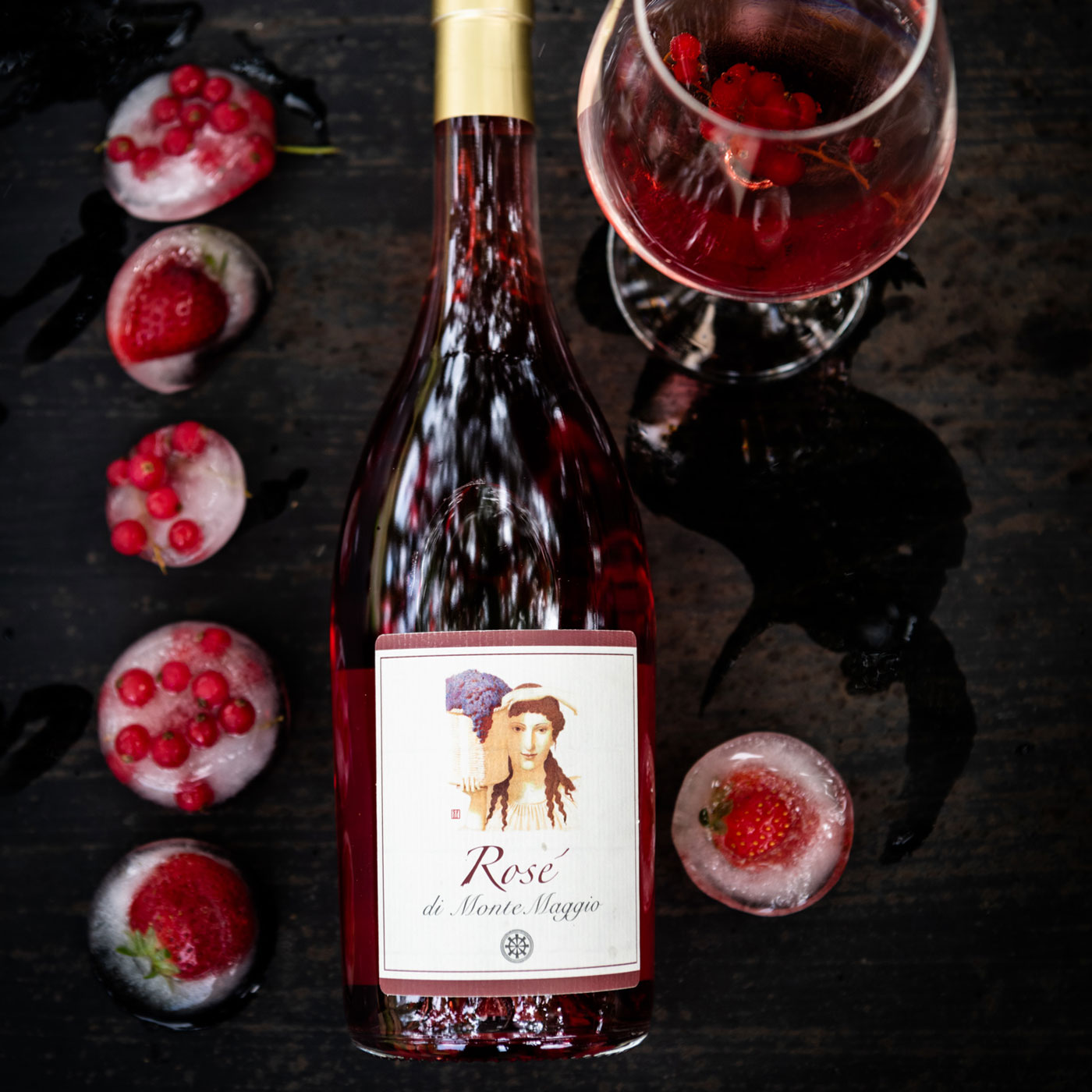 Neruda’s If You Forget Me paired with Chianti Classico Riserva

Pablo Neruda was the pen name of the 20th-century Chilean poet, diplomat, and politician Ricardo Eliécer Neftalí Reyes Basoalto. In this poem, the narrator, perhaps Pablo Neruda himself, talks about his love for a woman and what would happen if she forgets him while he is away from her. We can see how the expression of love is often about the pain it causes when two lovers are forced to be far away from each other. The poem goes from positive, to slightly negative where he warns her that if she stops loving him he will no longer love her either. It then returns to positive again towards the end when he proclaims that if her love will last he will also continue to return his feelings for her forever.

We have paired our Chianti Classico Riserva wine with this love poem by Pablo Neruda. Chianti Classico Riserva is a Sangiovese wine with a small splash of Merlot that embodies everything of the Radda terroir. It has a freshness and elegance that combined with its body and structure makes into a red wine that withstands changes of time. It has notes of red fruit, violet, spices, a hint of oak, and charming velvety tannins. It is a wine with finesse that can endure the ups and downs of feelings between two lovers and steer them on the right path towards eternal love.

I want you to know
one thing.

You know how this is:
if I look
at the crystal moon, at the red branch
of the slow autumn at my window,
if I touch
near the fire
the impalpable ash
or the wrinkled body of the log,
everything carries me to you,
as if everything that exists,
aromas, light, metals,
were little boats
that sail
toward those isles of yours that wait for me.

If suddenly
you forget me
do not look for me,
for I shall already have forgotten you.

If you think it long and mad,
the wind of banners
that passes through my life,
and you decide
to leave me at the shore
of the heart where I have roots,
remember
that on that day,
at that hour,
I shall lift my arms
and my roots will set off
to seek another land.

But
if each day,
each hour,
you feel that you are destined for me
with implacable sweetness,
if each day a flower
climbs up to your lips to seek me,
ah my love, ah my own,
in me all that fire is repeated,
in me nothing is extinguished or forgotten,
my love feeds on your love, beloved,
and as long as you live it will be in your arms
without leaving mine 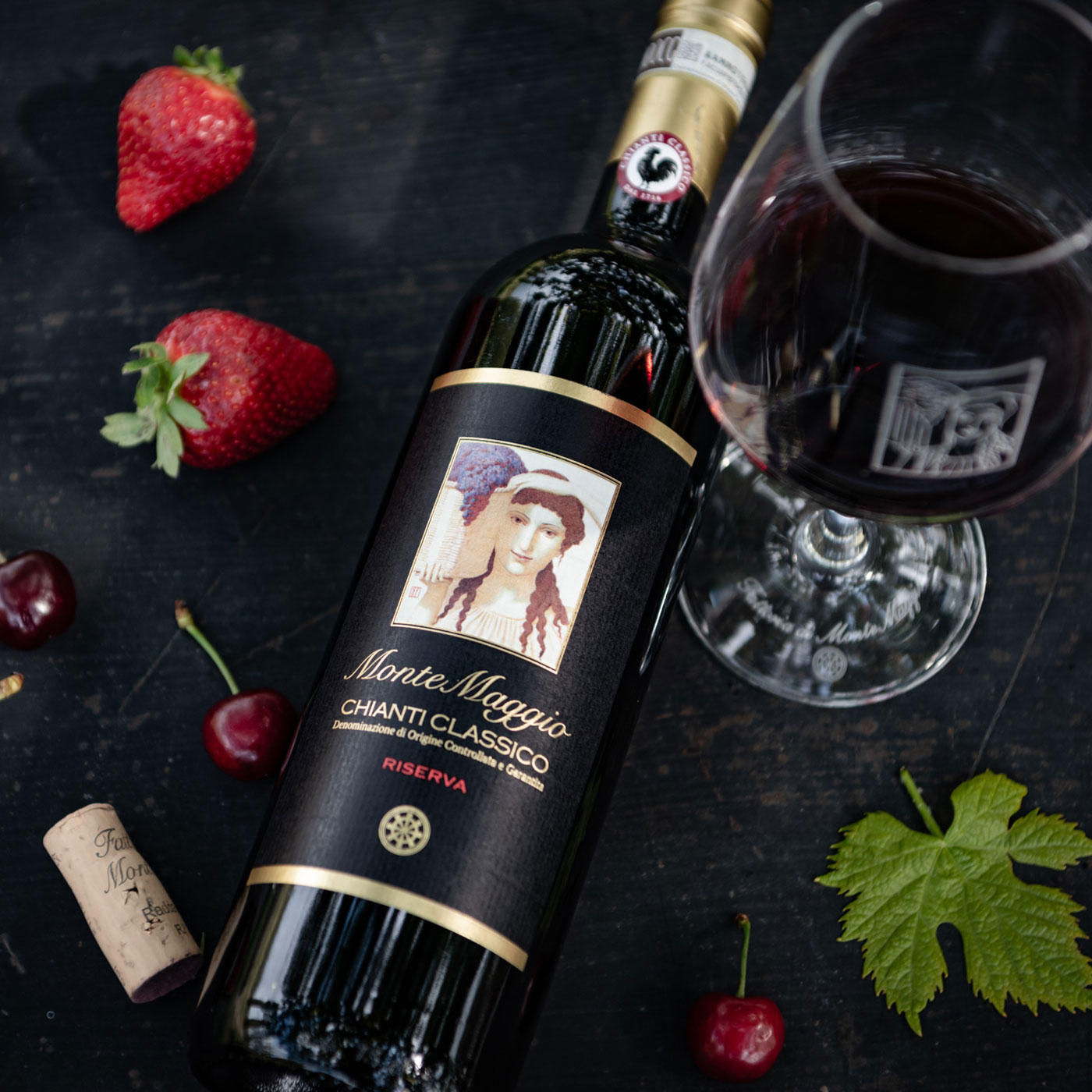 We hope you have loved reading this attempt to pair poetry with wine to contribute to making Valentine’s Day into a day to remember.