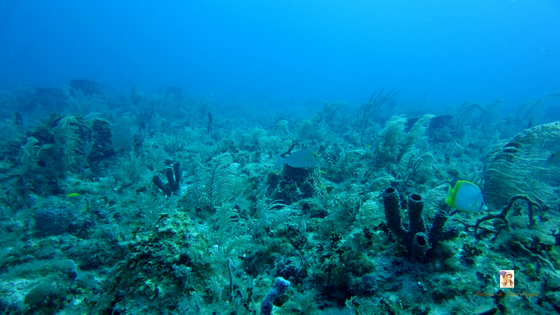 Wine is a fascinating beverage but even more so when it is connected to a captivating story about its aging process. In general, wine is matured and aged in a winery or wine cellar where the environment is silent, without vibrations, and is set to a constant temperature. Well, some wine producers stress that music can heighten aging conditions. But what about other environments for the aging of wine? In recent years, several wine producers have started to experiment with aging their wines in the sea, in the lake, in the mountains, or, more historically, on the roof. Is it a marketing move, a fleeting trend, or an aging method that is here to stay?

If we look back in history, the earliest signs of winemaking and wine aging have been traced back to Georgia about 6,000 B.C. by recent archeological research. Clay vessels – jars – from the Neolithic era have been found in an excavation site south of Tbilisi in Georgia pointing to the likelihood of the old Georgians having used the jars both to ferment and age the wine by digging them down in the ground and for storage. Next after Georgia, Ancient Mesopotamia is the area where viticulture and winemaking have been dated to 6,000 to 4,000 B.C.

Fast-forwarding a bit in time, marine wines were very popular in Ancient Greece as well as in Ancient Rome, according to the Roman historian Pliny the Elder. Marine wines can be the submerging of both grapes and wine bottles in the sea or in the lake. These practices have been researched and re-invented in the last few years not only in Italy but also in other countries all over the world.

The Aging of Wine in Unusual Places

It was merchants from the Greek island of Chios who brought their “mystery” marine wines to Marseille in France where they were very sought after. On the way back from France, they would pass by the island of Elba due to its richness in minerals. In the last few years, Professor Attilio Scienza has carried out research about these marine wines together with Antonio Arrighi, the owner of the Arrighi winery on Elba, and the University of Pisa. The particularity of the Greek marine wines was that the grapes were submerged in salt water for a certain amount of days, to naturally remove “the waxy white surface bloom.” Antonio Arrighi wanted to try and make wine according to the 2,500-year-old Greek method.

The experiment started out with Arrighi’s harvest of 2018 when they submerged handmade baskets filled with Ansonica grapes at 7-10 meters depth for 5 days with the help of divers. Thereafter, the grapes were fermented on the skins in terracotta jars produced by Artenova Furnace in Impruneta. There was no need to use neither yeast, preservatives, stabilizers, or sulfites thanks to the salt from the seawater. The first try generated only 40 bottles, but tweaking the methods the year after – the harvest of 2019 – resulted in the production of 240 bottles ready for the market. 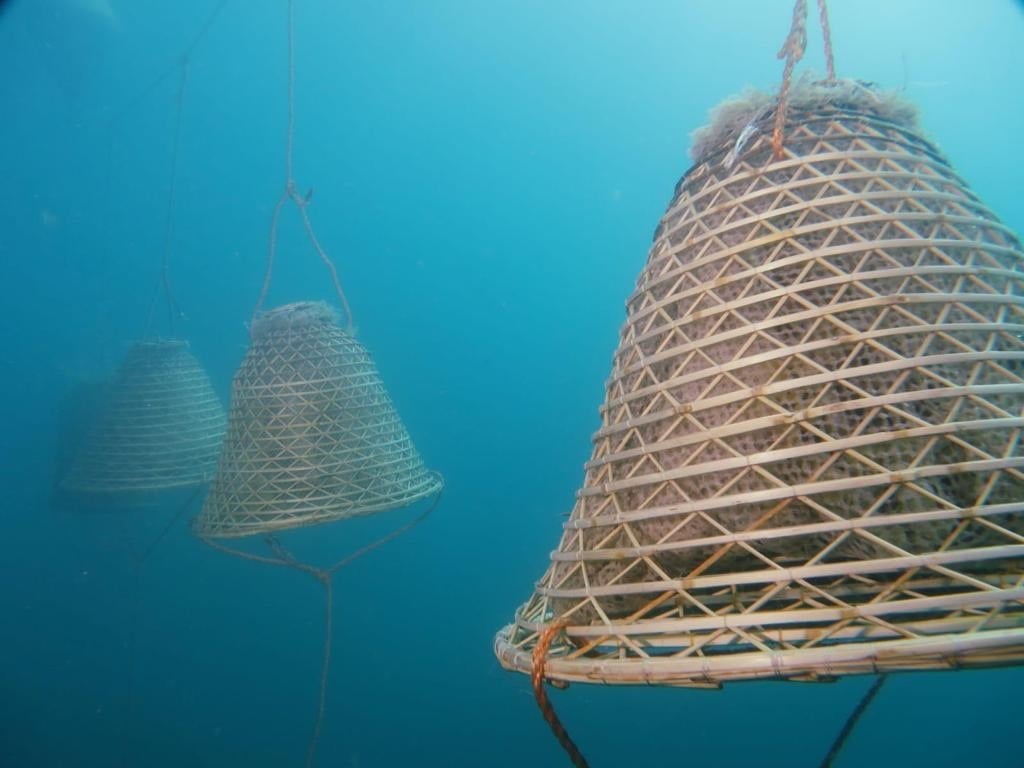 Wines Submerged in the Sea

Antonio Arrighi was the first to submerge grapes into the sea but he was not the first in Italy to use the sea during the winemaking process. There are a couple of trailblazers in the Italian wine world. Piero Lugano of the Bisson winery in Liguria started experimenting in the late 1990s with submerging wine bottles in the sea. In 2009, he set up a “wine cellar” on the sea floor just outside of Portofino. There, Piero matures the bottles in a metal cage at 60 meters depth where the temperature is constantly around 15 degrees. He started out by submerging 6,500 bottles of Champenoise method sparkling wine for 26 months, and today he is aging about 30,000 bottles a year – sparkling, rosé, and red wine – in the sea. He has named the sparkling Champenoise wine “Abisso” to reflect the process. Piero says that both the dark and the currents help to “lull” the bottles. Furthermore, the sediments are constantly stirred by the currents contributing to the richness of the aromas and complexity in the sparkling wines.

Gianluca Grilli of Tenuta del Paguro in Brisighella in Emilia-Romagna started researching the aging of wines in the sea in 2008 after he discovered the story of the methane platform Paguro. He became interested in how to reinvent and transform the platform that sank in 1965 after an explosion. Already in 2009, they experimented with submerging the first wines and in 2013 they started to commercialize the wines. The wines submerged are produced by Stefano Gardi at Nasano winery in the Faenza area. Today, Tenuta del Paguro in Brisighella in Emilia-Romagna is a winery focused entirely on aging their wines made with mainly Merlot, Sangiovese, Albana, and Cabernet in metal cages at 30 meters depth in the sea just outside of Ravenna.

Some other examples in Italy are Santa Maria La Palma winery in Alghero in Sardinia, Terre di Talamo close to Talamone in southern Tuscany, and Benanti and Passopisciaro wineries on Etna which submerge selected wines for aging. Santa Maria La Palma winery has created a celebration and party around the submerging of their sparkling wine Akenta Sub made with the Charmat method. An exotic example of marine wines is the 378 bottles of Sangiovese that the Italian group The Emerald Collection submerge at their Emerald Maldives Resort&Spa on the atoll of Raa. Then they organize exclusive tastings at the beach with the feet in the water.

Several other wineries and wine merchants worldwide such as in France, Greece, Spain, the USA, Chile, South Africa, and Australia are experimenting with submerging bottles in the sea nowadays. It can be more than just grapes or wine bottles that are submerged for aging. In France, the Larrivet Haut-Brion winery in Bordeaux aged a barrel of its 2009 vintage submerged in the sea. In 2014, the Edivo winery on the peninsula of Peljesac in Croatia started aging wine in amphorae at 18-25 meters depth for at least 700 days. They have created an underwater winery in an old sunken fishing boat that they call Navis Mysterium – The Sea Mystery.

The main benefits of aging wine in the sea are the dark, the absence of UV rays and electromagnetic interferences, and the cooler temperatures. Some say there is a lack of vibrations while others mean that the constant movement of the sea gives a positive “vibrating” effect on the wine. However, there are also difficulties such as the presence of currents and the change in temperatures between surface and depth. The oxygen increases at a greater depth where the temperatures are lower making it complicated at times to age the wines in the depths of the sea. Underwater aging is argued to give fresher and more elegant wines with a higher intensity and complexity of aromas. They are furthermore considered to often be more fruit-forward and floral. These are things that were discussed at the first international conference on underwater wines organized by Crusoe winery in Spain in 2019. 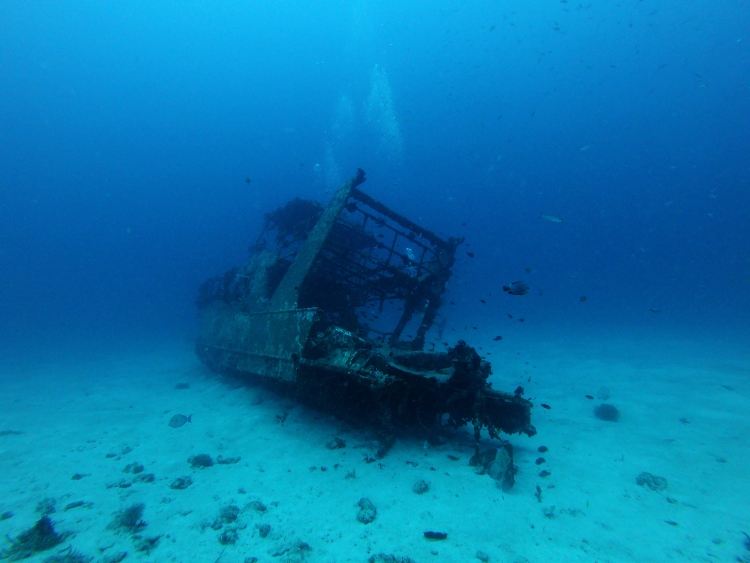 Photo by Olga ga on Unsplash

Wines Submerged in the Lake

The aging of wines in the sea or in the lake is very similar as a concept. Some wineries started submerging wine bottles in lakes about ten years ago too. Romanese is a young winery in Lavico Terme close to Trento that is aging their Lagorai Trentodoc Riserva at 20 meters depth in the Levico lake. Another producer of Trentodoc ages their sparkling wine Brezza Riva at 40 meters depth in the Garda Lake. The wine is named after the breeze winds that blow from the Garda Lake. If we head north to Lake Constance, the Austrian winemaker Josef Möth started to experiment with aging both white and red wines 60 meters below water in the lake. He continued in 2019 to submerge two steel vats with 1000 liters of wine in Lake Constance.

Möth worked together with the Austrian professor and engineer Robert Steidl to make a chemical analysis of the submerged wine. Steidl argues that there is not much difference between wine aged in a wine cellar or in Lake Constance chemically speaking. He says that the sensory and tasting analysis show the main differences to look closer at.

Wines Aged in a Mine in the Dolomites

Tramin winery in Alto Adige is a cooperative that consists of about 160 growers. In 2009, their winemaker Willi Sturz got the idea to create the wine Epokale, which is made with Gewurztraminer grapes from the two oldest vineyards close to the Maso Nussbaumer. The particular thing with the Epokale wine is that, after bottling, it is aged for six years in the Ridanna the Monteneve mine at 2,000 meters altitude. The bottles are placed 4 km into the mine where the humidity is constantly 90% and the temperature 11°C. The aging pace is slow and the special climatic conditions in the mine give a very fresh and elegant Gewurztraminer. Epokale is indeed considered a Spätelese wine due to its high residual sugar level. 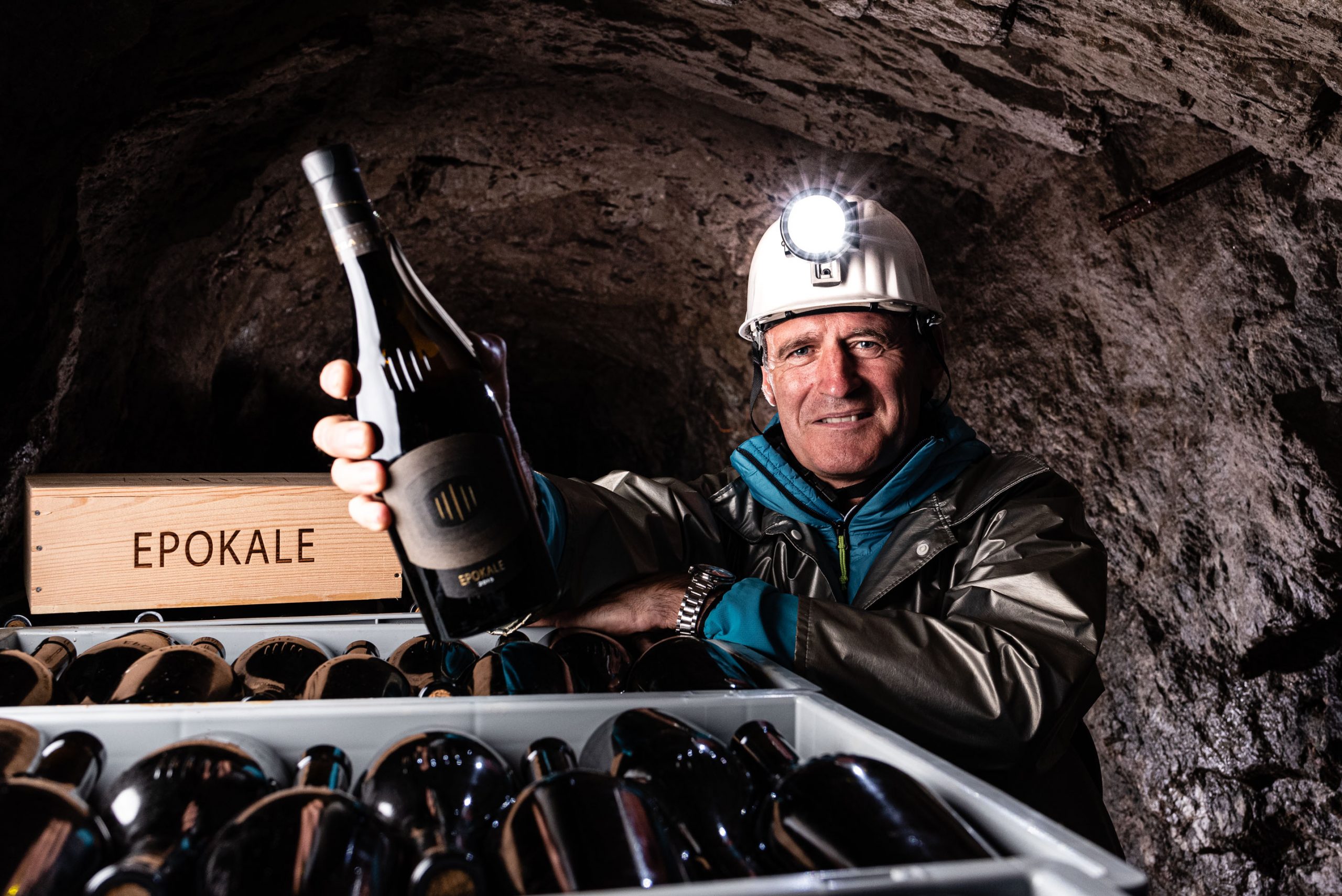 Wines Aged on the Roof in Tuscany

The aging of wine bottles on the roof of winery cellars is certainly one of the more particular types of aging. This specific practice was in vogue in the 1950s and 1960s in Chianti Classico, but it is a method that today is running the risk to be forgotten. The wines were called Tegolaia or Tegolati from the Italian word tegole which means tiles. Let’s see if we can reconstruct the traditional method of aging wine on the wine cellar roof.

After a short passage in the cask, the wine was bottled and then placed on the roof of the winery cellar where it was covered with straw, fabric, and insulating materials of various kinds (to try and keep the temperature more or less constant), and tiles. The essential part was to use wax to seal the corks after bottling. This was, and still is, done to prevent the passage of oxygen and its contact with the wine. The wine bottles generally matured for 6 months to one year on the roof, where the exposure to the elements kept the wine in a constant situation of controlled stress that allowed it to evolve faster. In fact, old winemakers and cellar managers have recounted how one year “on the roof” was equivalent to three years in the cellar.

The aging on the cellar roof gave a very special imprint to the wines, giving them certain traits that we might not be as appreciative of today. Mario Garuglieri, the cellar manager at Savignola Paolina, described them as “wines whose bouquet recalled fruit in alcohol, and which showed some kind of oxidation but at the same time were very velvety, smooth, and classy.” A very special kind of wine for sure.

The Wonderful World of Wine Aging

We have tried to give an overview of unusual places for the agoing of wine. The submerging of grapes, wine bottles, amphorae, or even barrels in the sea or in the lake is certainly very trendy for the moment. It does seem to have positive benefits for the sensory and tasting parameters of a wine, thus not being only a marketing move. It does make for a good story though. The aging of wine deep in an old mine on the Dolomites, as in the case of Epokale by Tramin winery, is not that different in the end as in the sea. This, in the sense that the dark, the lack of UV rays, the cool temperature, the humidity, and the lack of vibrations give a fresh, elegant, and intense wine. Then, of course, there is no sea to lull the bottles in the mountains.

The traditional method to mature wine bottles on the wine cellar roof is a part of the Chianti Classico history and heritage. Today, it is not an aging method that is much in use but it is an important legacy to preserve.