Tasting Rooms around the world are increasingly becoming opportunities for experimentation and emotional involvement.

Of vital importance is role of the sound experience.

Music in fact has the ability to stimulate the parts of the brain responsible for the release of dopamine, which plays a key role in generating a sense of well-being.

In fact, other types of sounds, foremost among them white noise, can also promote relaxation and total immersion in the product. What is White Noise and why use it in Blind Tasting?

“White noise contains all frequencies of the audible sound spectrum, equally: for this reason, it is also called static noise and, because it covers multiple bands of sound, it is sometimes referred to as “broadband noise.” Anecdotally, people often compare white noise to static coming from an untuned radio or television.”

In blind tasting, it will stimulate the taster’s relaxation by helping access the analytical faculties needed to analyze the wine under examination.

Let us not forget that tasting is both a hedonistic experience but at the same time it is also an analytical act.

Going against the trend of rediscovering the classical canons of sommelierie and tasting we would like to propose a new approach to tasting.

“Most important is the involvement of the nucleus accumbens with regard to tasting from an emotional point of view.”

Recent studies actually indicate that the emotional effect of music would activate mechanisms of expectation and anticipation of a desirable stimulus, mediated by a neurotransmitter: Dopamine.

According to research conducted by Professor Adrian North of the Department of Psychology at Heriot-Watt University in Edinburgh, it is evident that in the correlation between tasting and listening, with each sip of music new emotions and memories are mixed in an unprecedented emotional climax.

The wine we are drinking and the song selected punctuate this intimate moment become one.

During his analysis, A.North subjected 250 men and women, to taste and judge the taste of a red wine and a white wine. Some drank the wine in silence, while others listened to 4 genres of music separately. Although the same wine, red or white, remained the same for everyone, the description of the organoleptic profile varied depending on the type of music played, so much so that, at the end of the experiment, Professor North stated:

“It is widely recognized within the scientific community that music influences behavior. However, this is the first time it has been scientifically proven that music can influence perception and change the way wine is tasted.”

We said that it is not only music at any rate that influences our behavior but also sounds per se.

So even the sound of the cork?

The answer apparently is yes

As reported in an article published on cronachedigusto.it

“Thanks to the collaboration with Apcor, “a Portuguese association that brings together cork producers,” Iulm’s Neuromarketing Research Center carried out a study with the aim of assessing the perceptual impact determined by the sound or sight effect of opening a bottle with a natural cork or screw cap. Research questions included whether their different sound affects the predisposition to tasting and what emotional impact hearing or seeing the opening of a bottle with either of the two different corks produces on the taste of the wine. 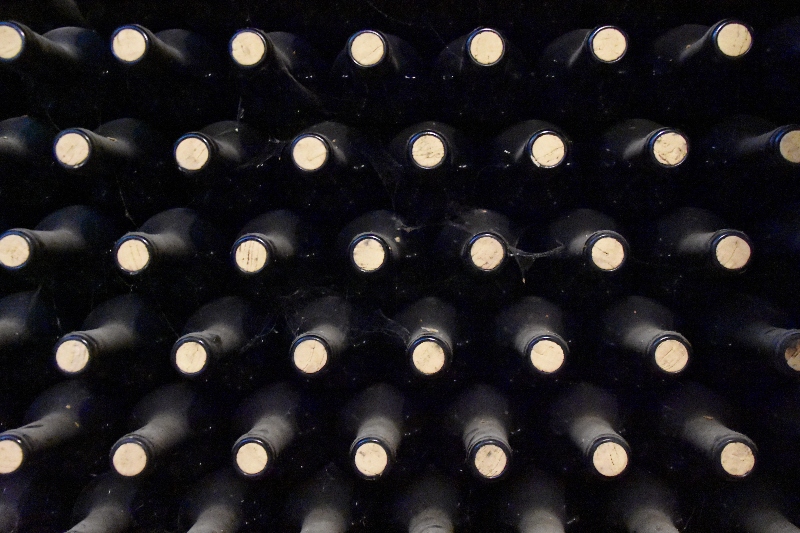 “From the data, it is found that cork always generates higher positive perceptual performance than screw cap. Through an encephalogram (Eeg), the cognitive activation of a group of 32 subjects was estimated, with eye tracking the visual attention and with rings the physiological and emotional activation index through the measurement of skin micro-sweating. Finally, each phase was accompanied by a time of cognitive assessment in which the sample was interviewed about the sensations perceived during the different tests. During an initial orientation phase, the sample was subjected to different stimuli. Two audio tracks playing the opening of a bottle with cork and screw cap and two videos showing a person opening a closed bottle with the two different closures were randomly submitted to the sample’s attention to examine their physiological and emotional reactions without ever resorting to tasting.

Overall, the reaction toward the four different stimuli led in all cases to a preference toward those that referred to opening the bottle with a cork, a finding confirmed both in neurophysiological parameters and in those derived from rational cognitive evaluation following stimulus administration. Somehow the cork refers to a ritual and is associated with greater prestige of the wine, even without tasting it. In a second phase, the sample was divided into two groups, again subjected to listening to and watching the opening of a bottle closed with cork and screw cap, followed in this case by tasting the wine contained in the two bottles, which, despite having two different types of closure, contained within them the same wine, identical by grape variety, bottling date but with a different maturation given by the type of closure that inevitably affects the evolution of the bottle’s contents. The division into two groups allowed the sample to be tested and its reactions analyzed. Group A was given a mixture consisting of half wine from the bottle closed with a cork and half with wine corked with a screw cap; they were always given the same wine at each tasting. Group B, on the other hand, always drank the wine from the bottle corresponding to the stimulus (wine from the bottle closed with the cork after hearing or seeing the cork opening and wine contained in the bottle closed with the screw cap after the corresponding stimulus).

This second phase also allowed the researchers to find a clear preference toward the wine closed with the cork or, for group A who tasted the blended wine, toward the wine declared as such. It is possible to see how the AW index related to the degree of positive or negative emotion shows that the positive activation caused by wine tasting is always directly related to the sight or sound of the cork. Arousal, or activation measured by the degree of sweating of the hands, is also always higher in correlation with hearing or seeing the opening of the bottle with cork.

Group B who drank wine consistent with what they were listening to or viewing showed a clear preference toward corked wine. The same preference was found in group A (mixed wine) who expressed their preference toward corked wine, although less markedly, probably given by the smaller difference in tasting perception. If the neurophysiological analyses carried out at this stage lead to a clear preference toward cork, the stated after-tasting showed a preference of group A (blended wine) toward screw closure, further demonstrating a lower discriminative ability of the group that along all the tastings of this stage always tasted the same wine (blended cork or screw). Obviously, the data should be considered with respect to the type of wine and the cultural context of the consumers. Future research is already planned to assess whether the same effect is recorded with experts or with subjects from other cultural backgrounds. ”

Cymatics: The impact of music on wine

Not only music or certain types of sounds have an effect on the taster in fact we find that wines are also affected positively by certain sound stimuli. “After the first experiments by Ernst Chladni in the early 1800s, who demonstrated the force of vibrations on sand on glass plates, we have to wait until the mid-1900s to discover with Swiss physician Hans Jenny the effects of music on matter and the body. This gave rise to cymatics, or the science that deals with the study of the effect of vibrations on matter.”

Plus: “Two Viennese oenogastronomers, Thomas Koeberl and Markus Bachmann, claim, for example, that Mozart’s Symphony No. 41 would have an exceptional benefit on wine during fermentation, in that it seems that the taste of the wine changes, becomes better and more refined. What actually changes is the value of glycerin, which increases, while that of sugar falls. As glycerin increases, the wine becomes softer, riper, the flavor rounder, richer and denser. Researchers say this would be the effect from sound waves on yeast, which enhances the fermentation process.”

So we see that the sound impact we have been talking about since the beginning of our article helps not only the taster to have a full tasting experience but in the long run, when used in combination with winery practices sound design can be used to help the wine develop more finesse and stability.

During tasting, in any case, sight,smell, taste are stimulated per se and tactile sensations such as:
Pseudocalor, softness, astringency, pungency, taste texture and thermal effect
As we said these are the tactile sensations that contribute to the complexity of wine taste.

Easy to understand that the moment hearing is also stimulated during tasting event we get to a complete, unique and unrepeatable stimulation of our sensory system.

Try out a cooking class, light lunch, or wine tasting of Chianti Classico red
What if to this combination of music and wine, we also add food? 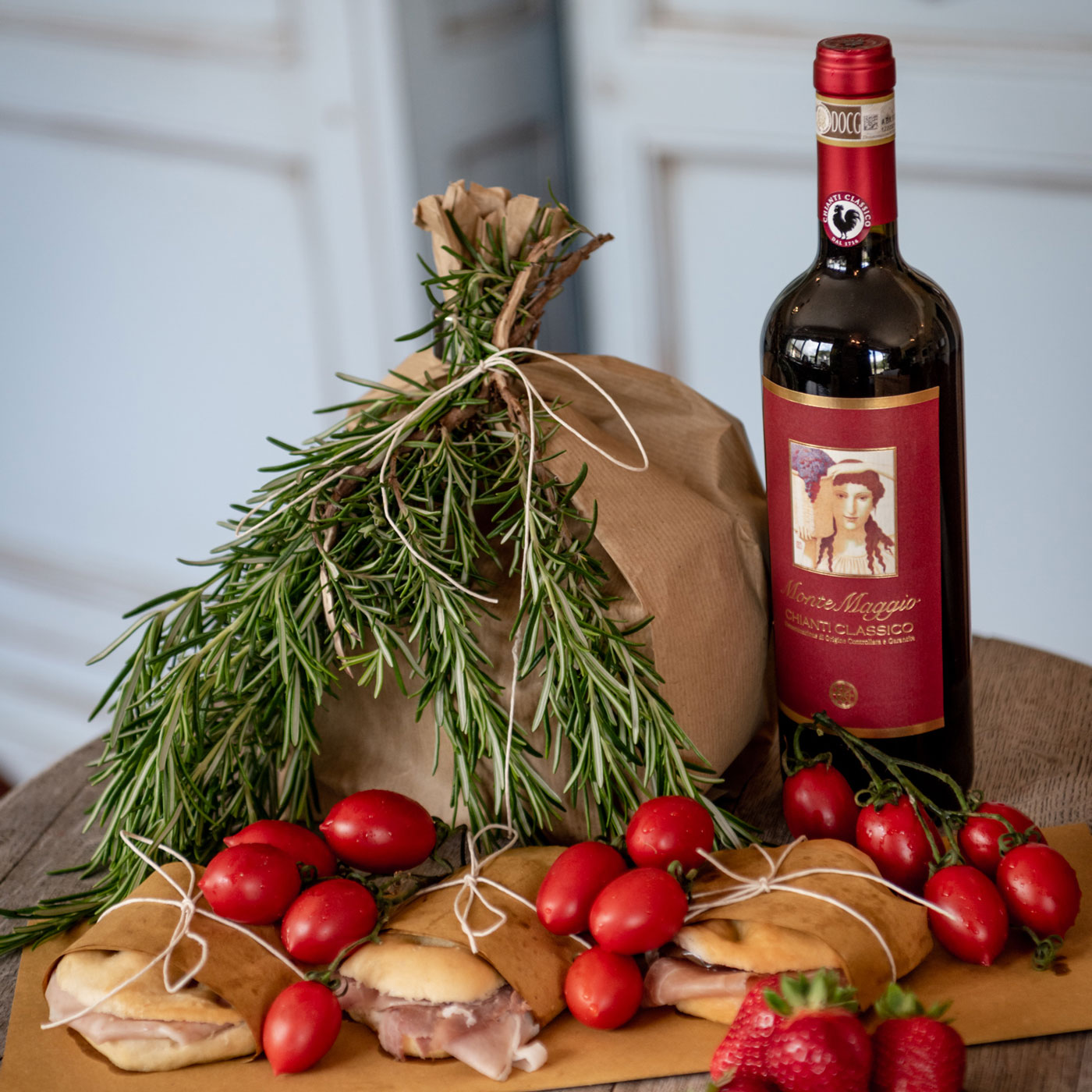 Not only wine, but also food

“Charles Spence, professor of experimental psychology at Oxford, has shown that music influences the taste of what we eat. Our taste buds are negatively affected by background noise. Actually, music does not create new flavors within the food we are tasting but is able to shift the taster’s attention and focus to certain characteristics.”

You just have to visit us and come and discover this new concept of tasting.