Wild or cultured yeast. What is the deal with the type of yeast used for the fermentation of grapes? Is wild fermentation just a risky business or is the use of cultured yeast too standardized? Is there a difference in the end result? Some say there is not while others claim that wild yeast is the only way. Today, the discussion is more alive than ever with the concepts of organic, biodynamic, regenerative viticulture, low-intervention winemaking, and what else, not to use the over-hyped word “natural”. Let us take a closer look at yeast strains and their importance for winemaking.

Can you guess what kind of yeast is used at Fattoria di Montemaggio?
Read on until the end of the article to get the answer.

What is Yeast? Why Do You Need It To Make Wine?

Yeast is a single-cell organism, a fungal organism, that is needed to turn sugar into alcohol and carbon dioxide during the fermentation of grape juice. Yeasts are indeed needed to produce alcohol of any kind, whether it be wine, beer, or spirits. There are many different yeast species and strains in turn, and the most desired types of yeast are those capable of fermenting all the sugar in the juice and tolerating high volumes of alcohol (about 8-18%). In this context, Saccharomyces cerevisiae is considered most beneficial for total alcoholic fermentation during winemaking. Most yeasts are “good” but there are some that can influence aromas and flavors negatively.

If we look at the history of the event of how grape juice started to ferment and turn into an alcoholic beverage, it was attributed to being a spiritual phenomenon in ancient and up to Medieval times. The Dutch scientist Antonie van Leeuwenhoek was the first to discover and closer research yeast cells in 1680. It was then Louis Pasteur who in the 19th century studied how yeast is an organism responsible for fermentation. He furthermore observed that different species can create different flavors in wines made with the same grapes. It was then the Swiss botanist, plant physiologist, and oenologist Hermann Müller who in 1890 began to isolate strains of yeast and use them as “cultures for winemaking”.(See more in the article The Science of Winemaking Yeasts in Seven Fifty Daily.)

Today, the use of yeast is essential for fermentation and to define what the final wine will taste like. But cultured or indigenous yeasts? That’s the question. According to MW Anne Krebiehl, in her article How Yeast Works to Make Your Favorite Wines in Wine Enthusiast, it was in the 1970s that scientists started to isolate certain yeast strains to inoculate the grapes with and ensure a smooth fermentation. 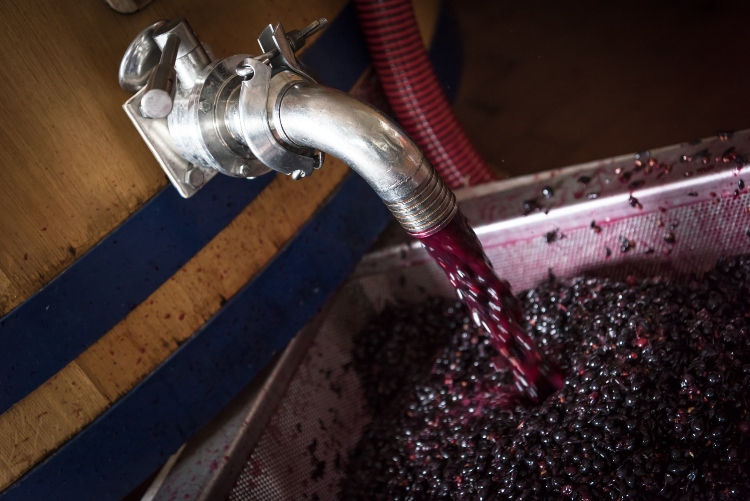 Cultured yeast contributes to getting a clean and reliable fermentation that is completed without getting stuck. Healthy grapes are important for fermentation with indigenous yeast to work, still, there is the risk that the fermentation can get stuck or create odd aromas and flavors. Furthermore, it also takes longer for indigenous yeasts to colonize being present in smaller quantities on the grapes making the fermentation slower. When the less resistant wild yeast have done their part the Saccharomyces cerevisiae (that can ferment up to 12 to 16 % ABV or higher) will have colonized enough to take over and dominate the rest of the fermentation. Winemakers often say that wild fermentation requires a lot of careful attention and care.

Yeast That Marks A Sense Of Place

There are varying opinions when it comes to yeast and its ability to express a sense of place or terroir in the wines. Some, such as Isabelle Masneuf-Pomarede, professor of viticulture and enology at Bordeaux Sciences Agros’s Institute of Agricultural Sciences, argue that indigenous yeast’s capability of giving an expression to terroir is very dubious. Others, such as Rebekah Wineburg, an enologist at Napa Valley’s Quintessa, are strong believers in the connection between indigenous yeast and terroir in wine. See Does Indigenous Yeast Really Exist? The Wine Community is Divided in Wine Enthusiast.

Some also mean that wild fermentation is mainly carried out with yeasts from the vineyard while others mean that the yeasts for wild fermentation mainly come from the winery, the cellar. Some research points to the importance of vineyard yeast to give an expression of the “sense of place”, the terroir, and the existence of yeasts that can be associated with certain harvest sites even while others argue almost the contrary. The truth perhaps lies somewhere in the middle. Vineyard yeasts and cellar yeasts each have their own function in the fermentation process. 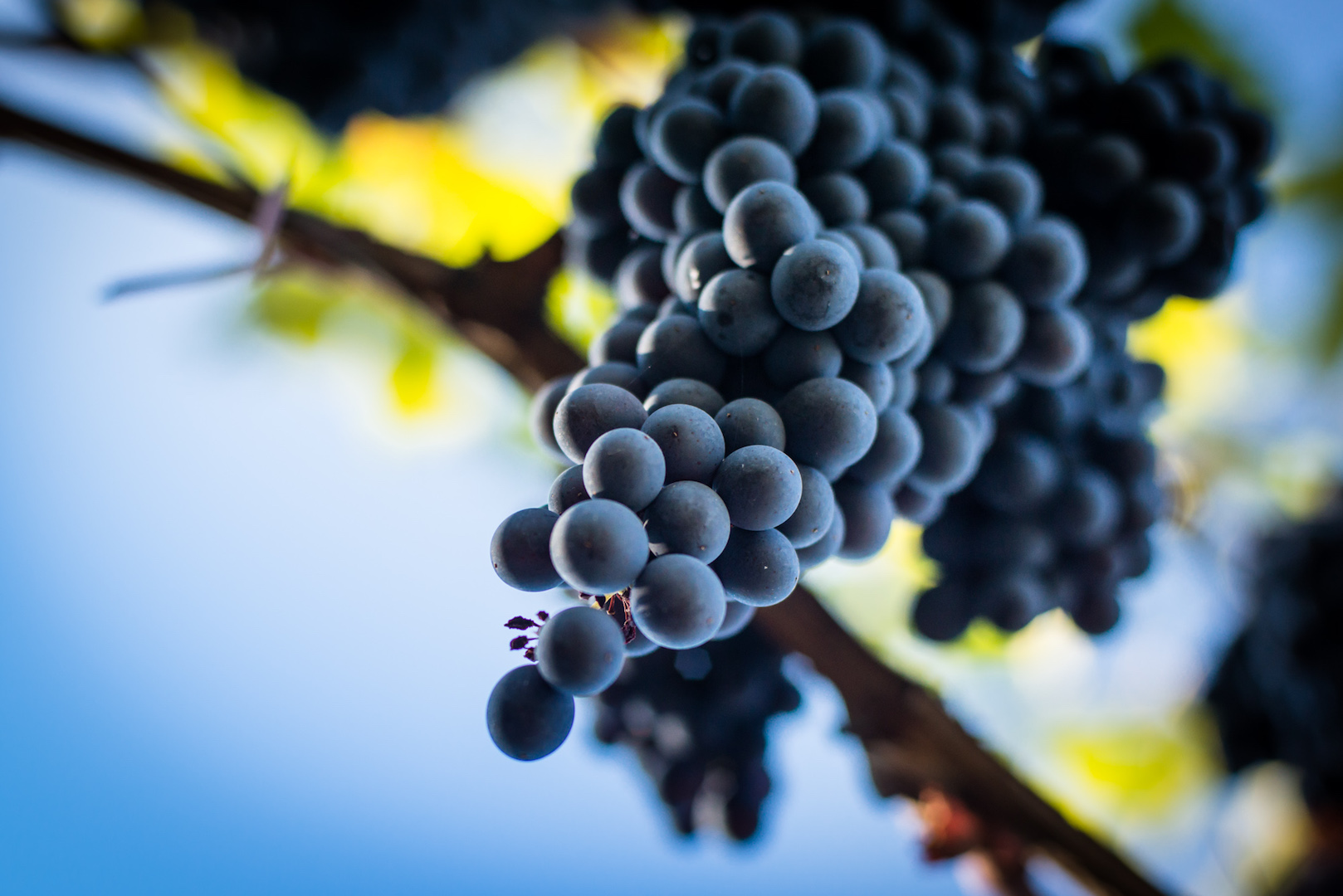 The Use of Indigenous Yeasts at Fattoria di Montemaggio

Indigenous yeasts are used at Fattoria di Montemaggio. Ilaria says that she has always applied wild fermentation with indigenous yeasts, and she believed they did so also before she started working at the estate 17 years ago. The winery had other owners then. Ilaria believes that they through the years probably have created a fauna of yeasts that work well and that expresses the local terroir, the sense of place, very well. In this context, she is of the opinion that yeasts can express a terroir. In fact, Ilaria underlines that people often at tastings exclaim how their wines are “chiantigiani”, meaning that they give an expression to the specific Chianti Classico characteristics. Even the Merlot is said to very much express the local Radda or Chianti Classico terroir.

Ilaria continues to say that they have never inoculated yeast, not until the last few years. It has happened occasionally more recently, due to climate change where heat waves have brought higher temperatures and drought that have resulted in higher sugar levels. The yeasts then find it difficult to perform, especially towards the end, and the fermentation gets stuck. In such situations, such as last year, they needed to inoculate a vat towards the end to complete the fermentation. But otherwise, they have never inoculated with cultured yeast to start fermentation.

Fattoria di Montemaggio finds it would be a pity to spend money on inoculating cultured yeasts that would give a uniform and more standardized taste. However, Ilaria says she has worked at large wineries in the past where they used cultured yeasts and that she can understand it because it gives a higher level of safety during the fermentation.

At Fattoria di Montemaggio, it is important to make wines that are an expression of the local Radda and Chianti Classico terroir. Therefore, they have always used indigenous yeasts and wild fermentation as they believe in the creation of yeasts that transmit a sense of place.