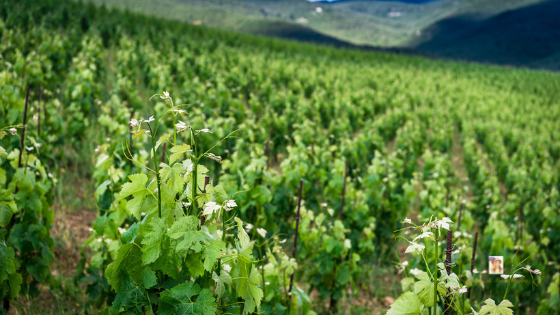 Flavescenza dorata is wreaking havoc in many vineyards in Italy again. Even though climate change is not the only reason behind the return of this disease, the change in climate is affecting us all more and more leading to tropical-like weather with severe heat waves, drought followed by torrential rains, vine diseases, and much more. The “rules of winemaking” are changing, vineyards are being planted at high altitudes and in northern countries, and the European Union now allows the use of hybrid grapes to come to terms with climate change. (See the article Meet Four Women at the Forefront of High-Altitude Winemaking in Chianti Classico in The Vintner Project)

In a previous article on our blog, we wrote the following about the impact of climate change on viticulture: “In viticulture and in winemaking the effects of climate change are becoming more and more obvious. Some of the key viticultural areas in the world are starting to get too warm while other areas in the northern hemisphere are steadily becoming new unexplored places for wine production.” (See our article Viticulture and the Impact of Climate Change.)

We will look further into a vine disease in this article, which might not be the result of climate change, but it is contributing to the overall distress of the wine producers.

Flavescenza Dorata, a Vine Disease Without Any Remedy

Flavescenza dorata is an epidemic disease that was first found in France in the late 1940s. It first appeared in the Oltrepó area in Italy only at the end of the 1960s followed by some other areas. It is an epidemic phytoplasma disease that can arrive at wiping out entire vineyards. Phytoplasmas are microorganisms very similar to bacterias of different sizes without a cell wall that are transmitted through leafhoppers – a cicada, also called the Scaphoideus titanus – during their feeding activities, materials, or seeds. In the case of the flavescenza dorata disease, it is indeed transmitted by leafhoppers or through the grafting of vines with already infected material from nurseries. 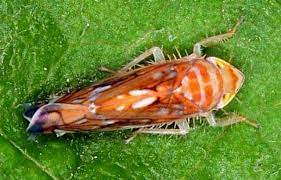 Some of the most common signs of flavescenza dorata are redness or yellowing around the leaf veins, that the buds dry out, fewer buds, the leaves on the plant are smaller, and the leaves falling off, etc. On red grapevines, the leaves become red and bend downward during maturation while on green grapes the leaves are dry and have a triangular form.

Flavescenza dorata is a disease that is very dangerous for the well-being of the vines, and there are very few measures to try and prevent or find a remedy to the disease. The most important preventive measures are to:

In general, there is a regular control of nurseries on the regional level to make sure that nurseries are not distributing infected plants. In fact, there exists a sort of “plant passport” that certifies that the plants and shoots that are sold are healthy.

There is another plant disease very similar to flavescenza dorata called ‘legno nero’, or blackwood disease; both have returned causing emergency situations in many vineyards. Molecular analysis is indeed needed to stabilize whether a vineyard has been infected with flavescenza dorata or blackwood disease. Wine News wrote about the unfortunate return of the diseases such as flavescenza dorata and “esca disease complex” in the article Fieragricola 2022: between Esca Diseases and Flavescenza Dorata, the health of the Italian vineyard earlier this spring. There, it was pointed out that ongoing research carried out at the Universities of Florence and Bologna, among others, is helping to take preventive measures. In the article, it was pointed out by Fabio Osti from Cnr-IBIMET, the National Research Council Institute of Biometeorology, that the reasons for the return of these two vine diseases can be found mainly in the

“growing trade in plant material and the particular susceptibility of several varieties, such as Cabernet. In addition to careless pruning techniques that allow pathogens to enter the plant, extreme conditions caused by climate change are also contributing to its worsening incidence.” 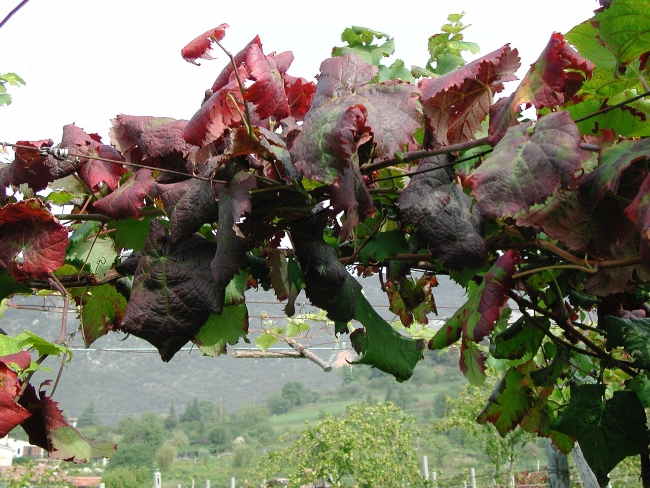 There have presently been detected cases of flavescenza dorata in Tuscany, especially in the areas of Gaiole, Radda, Castelnuovo, and Bucine. Ilaria, our Estate Manager, calls it a sort of Covid of the vines as the infection spreads very fast. The Chianti Classico consortium organized a meeting the other week where they explained the serious situation of flavescenza dorata in Tuscany at the moment. After the meeting at the consortium, a separate meeting was held at the Fontodi winery led by Giovanni Manetti, owner of Fontodi and president of the Chianti Classico consortium. Manetti had invited the agronomist and oenologist Rugger Mazzilli to speak about flavescenza dorata and what can be done.

Ilaria says that it was an eye-opening meeting and that most of the fellow vintners in Radda – Vignaioli di Radda – now are terrorized to spot signs of this disease in their vineyards. She continues to stress that they learned that a lack of budding can be a symptom of flavescenza dorata, making them a bit paranoid to check for any signs of this.

The situation right now, is that the vintners, according to directives from Regione Toscana and the Chianti Classico consortium, need to make three treatments against the leafhopper insect. They are using Prevam, an orange peel-based product that has a softer impact on other insects in the ecosystem. Ilaria is afraid that it will not be very effective but she is very hesitant to use systemic insecticides as they will have a negative effect in general on plants and insects.

Concluding Thoughts About The Flavescenza Dorata

The prospects are dire as flavescenza dorata, as mentioned above, is a plant disease without any possible treatment once the plants have been infected. The only solution is to uproot entire vineyards. Therefore, it is important to focus resources on preventive measures such as regular monitoring of vineyards, especially newly planted ones, and to make treatments against the leafhopper, i.e. the vector cicada. At Fattoria di Montemaggio, just as the other vintners in the area, we are now staying alert in monitoring the health of the vines.