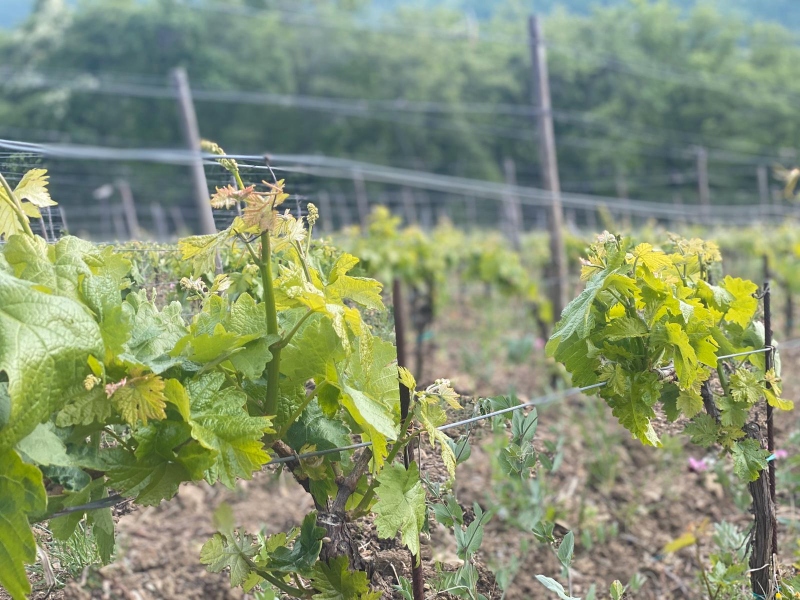 Spring is not only longer and warmer days and reawakening of nature, but the weather can also be unpredictable with frost damages in France and Italy last week. After an Easter week with wonderful weather, the night temperatures suddenly went decisively below zero resulting in frost damages in many vineyards.

Why is Frost so Harmful to the Vines?

During spring when the growing season is in its initial stage with bud breaking, the buds are specifically sensitive to colder weather. The frost can damage buds that are in the opening stage and the young shoots on the vines. It is true that even if the primary shoots are damaged, secondary ones will grow out. However, the secondary shoot often does not develop a lot of fruit which then leads to lower production.

As mentioned above, frost in vineyards can have severe consequences for the bud and the growth of the shoots on the vine. Winemakers in France were hit hard during three days just after Easter when temperatures dropped from about 25°C during the day to -5°C or even -7°C during the night. They define it as an “agricultural disaster” in France. There have been other periods in the past when the temperatures hit a freezing point, for example, in 1991, 1997, and 2003. However, as Jérôme Despey, the secretary-general of the French farming union (FNSEA) says, the frost episode last week was way past that.

In France, vineyards were damaged in mantìy areas all over the country in wine areas such as Provence, Val-de-Loire, the Rhône Valley, Bordeaux, and Burgundy. Alsace and Champagne seem to have been less affected. About 80% of the French vineyards have been hit by frost and the losses are estimated to be up to 50% and in some areas up to 80% of the coming harvest. (See French winegrowers hit by rare frost brace for bleak harvest in France24.com and Update: France declares ‘disaster’ as frost hits vineyards in Decanter)

In Italy, the situation does not seem to be quite as bad. The areas affected by the spring frost are more fragmented like a patchwork. The lower temperatures with frost mainly strike in Tuscany, Piedmont (Langhe) and Umbria followed by Emilia-Romagna and Veneto to a lesser degree, according to Assoenologi, the Italian association of oenologists. (See Assoenologi, vigne Umbria-Toscana più colpite dal gelo in Ansa.it)

The warm spring weather before Easter had favored the growth of the vines and the vegetation in general which entered into a state of shock with the freezing temperatures. Coldiretti Toscana reports that vineyards in the area of Montalcino have been particularly affected, followed by, for example, Arezzo and Val di Cornia. 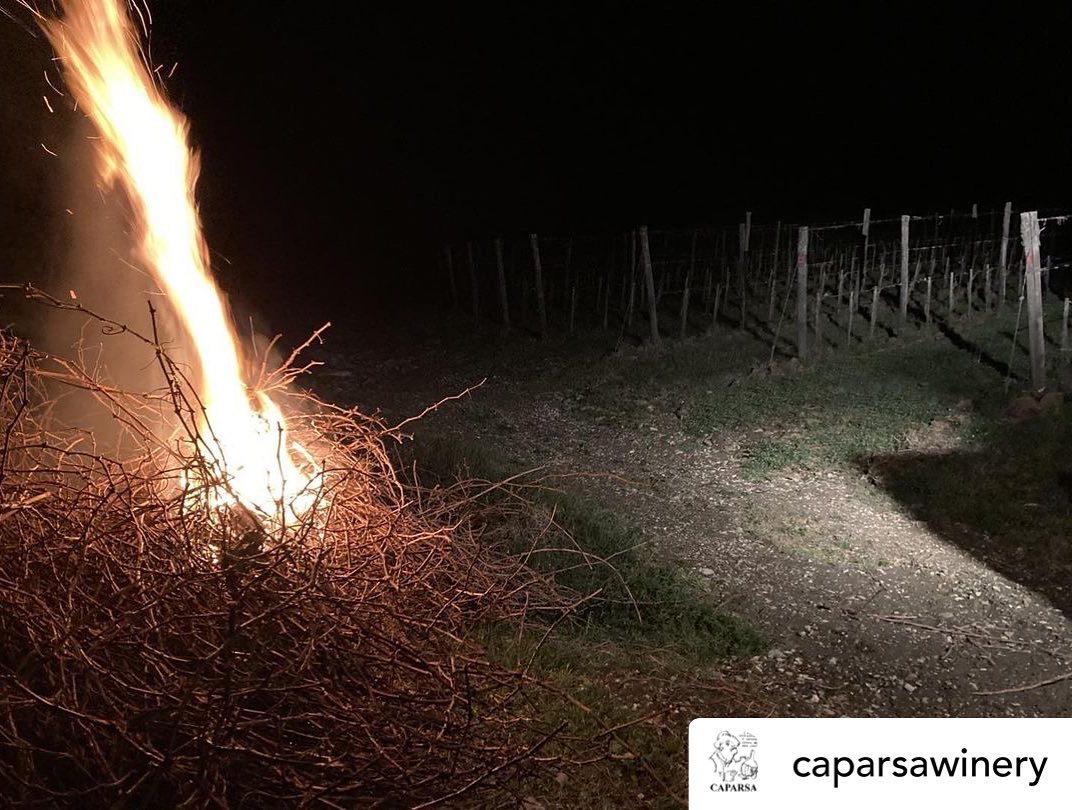 Credit: Caparsa Winery via Vignaioli di Radda. Caparsa winery was one of the many Radda wineries that worked hard during the nights to light the special anti-frost candles.

Frost in the Radda territory

What about the Radda sub-area within Chianti Classico then?

Luckily, Fattoria di Montemaggio was only partially affected as frost generally hits on hillsides of medium-altitude or in the valleys. Fattoria di Montemaggio is located higher at about 500-600 meters of altitude, therefore, there were no major damages. As mentioned there were only some partial damages of shoots in certain areas of the vineyard.  The temperature did however go as low as -7°C in the Radda area in general. several wineries in the Radda area, such as Caparsa winery, worked hard during three nights to keep the frost away from their vines. Also in many other parts of Tuscany, the temperatures dropped to record levels for April of around -4°C to -7°C which had not been experienced since the early 1970s or 1990s in some areas.

How to Protect Vines Against Frost Damages

The lighting of bonfires or burning of hay in between the rows of vines is a general method to as far as possible try to protect the vines against freezing temperatures. Winemakers in both France and Italy lit specific anti-frost candles or fires next to their vines during night time last week to try and minimize the risk of damages. Yet another method is to fly with helicopters above the vineyards to get warm air to circulate above the vines.

Many were the photos that circulated on social media of fires burning in the vineyards of wineries to beat the frost both in France and Italy. The winemakers in Montalcino decided to work together as a team to monitor the situation and light hay balls strategically around the vineyards. As explained by a representative from the Consortium of Brunello di Montalcino in an article in the local newspaper La Nazione, they chose hay because it does not generate fire but rather smoke that warm up the vines.

Our thoughts go out to all those wineries that were heavily affected by the frost and we hope that the damages will not be too severe.