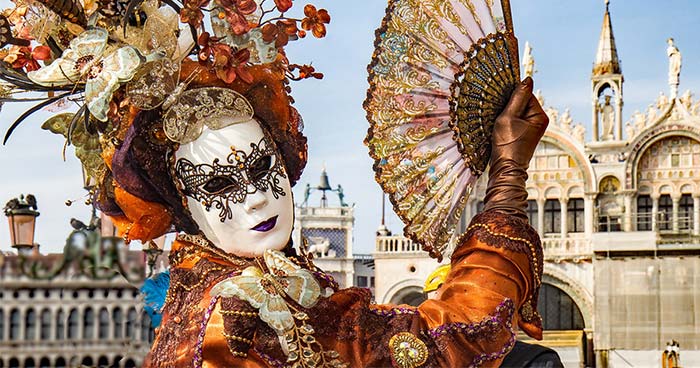 Thursday February 24, 2022, in other words Fat Thursday.
First day of Carnival, first day of big celebrations all over Italy.
People of all ages pouring into the streets.
The buzz of the people mixes with the music in the streets creating a unique and unrepeatable symphony.
The smell of sweets and fried food is strong in the air.

Normality is not so far away.

Let’s see then to understand where this recurrence comes from.

Where it all started

In fact, this festival has its roots in the Christian world, although the roots are to be found in more ancient times.

We are talking about the Dionysian feasts typical of the Hellenic tradition and later of the Roman Saturnalia.

In those times everything (or almost) was allowed and licit during the celebrations.
They were obviously celebrations focused on the abandonment of one’s own commitments and worries and entirely dedicated to the joke and the joy of living.
As for the use of masks – this was done to break down social differences.
Everyone was placed on the same level and the “joie de vie” and the joke took over, at least until the end of the festive period.

“Semel in anno licet insanire- “once a year it is permissible to go mad” – says a lot!” So said the Romans.

Let’s now try to understand when Carnival is celebrated.
Well, actually there is no real date.

The Carnival period begins on the first Sunday of the nine that precede Easter.
As we said, the first day of big celebrations is Fat Thursday, and the following Tuesday will be the last day of celebrations.
In addition, it is important to note that Fat Tuesday is the day before Ash Wednesday, which is the beginning of Lent for Christians.
So far so clear – like most of today’s holidays this celebration has its roots in ancient times.
But the question now arises – how come we mask ourselves?

The most credible hypothesis about the origin of this custom is that during the period of the already mentioned Saturnalia, the Romans used to subvert social roles.
The poor could “mask” as rich and vice versa could be the commoner.

There is also a second theory.

This second hypothesis argues that the origin of masks can be found in the archaic populations. In the culture of archaic populations it was believed that by dressing up the spirits of the dead were invited to come to earth.
They were given the chance to have fun, to toast (as you can see wine is never missing in our tales), all this was done in order to guarantee abundant harvests to the people. In this case dressing up was a sort of propitiatory rite.

Our peninsula is rich in traditions related to Carnival, plus let’s face it we Italians do not miss a chance to have fun, laugh, joke, toast and above all be in the company.

Let’s talk about the most famous carnival in the world – the Carnival of Venice.
In these occasions reign splendor, elegance and incredibly sophisticated costumes. 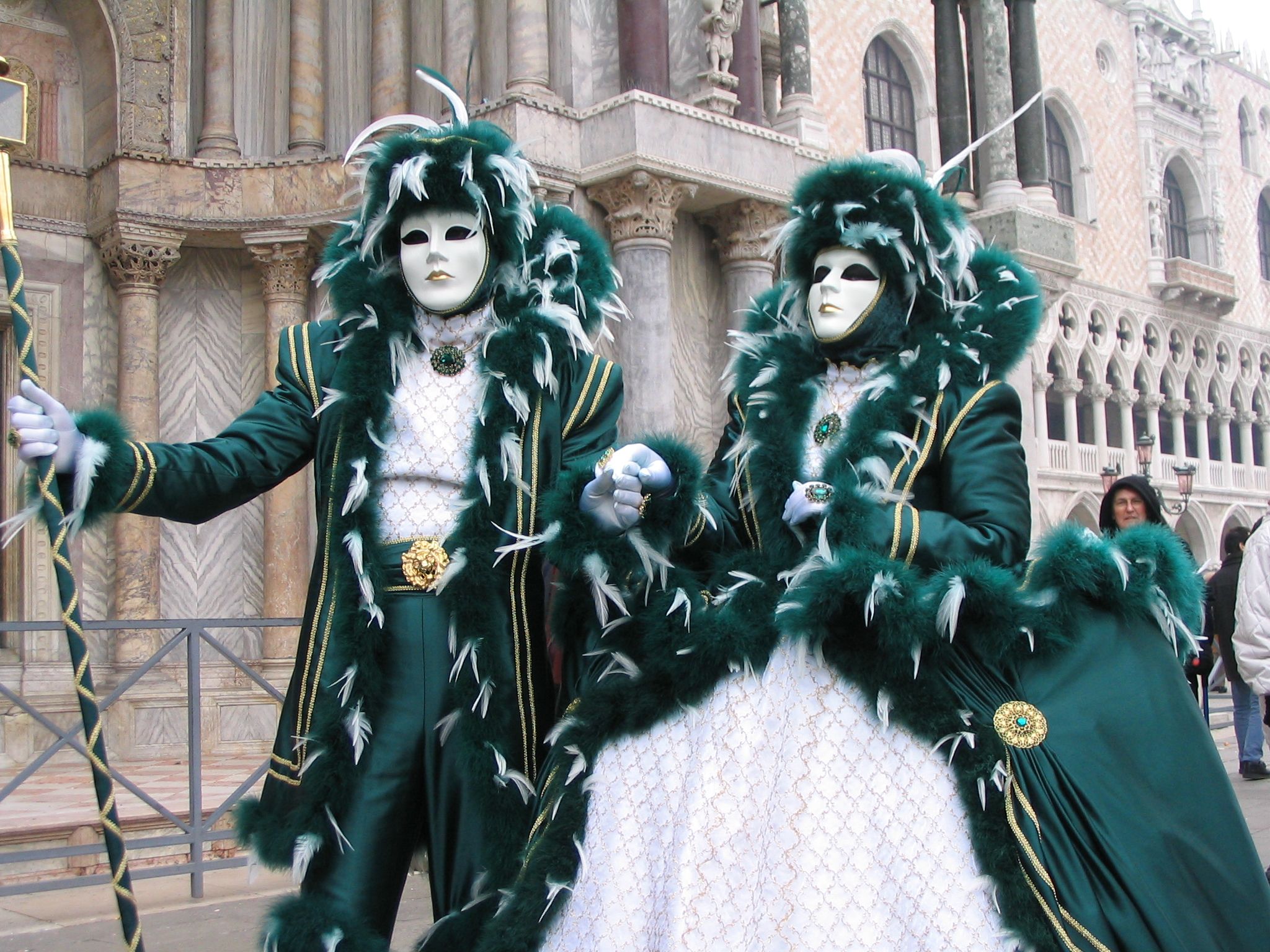 For centuries Venice has probably been the place where the most elegant and refined carnival parties take place.

The Central Part of Italy

Let’s now move on to our beloved Tuscany. We are not talking about Chianti, however, but about Viareggio!
During the period of Carnival the inhabitants of Viareggio and tourists (from all over the world) pour into the streets and allegorical floats parade through the main street, a mix of mockery, irony and allegory.

Manifestations of this typology also take place in Manfredonia in Apulia and in Acireale in Sicily. 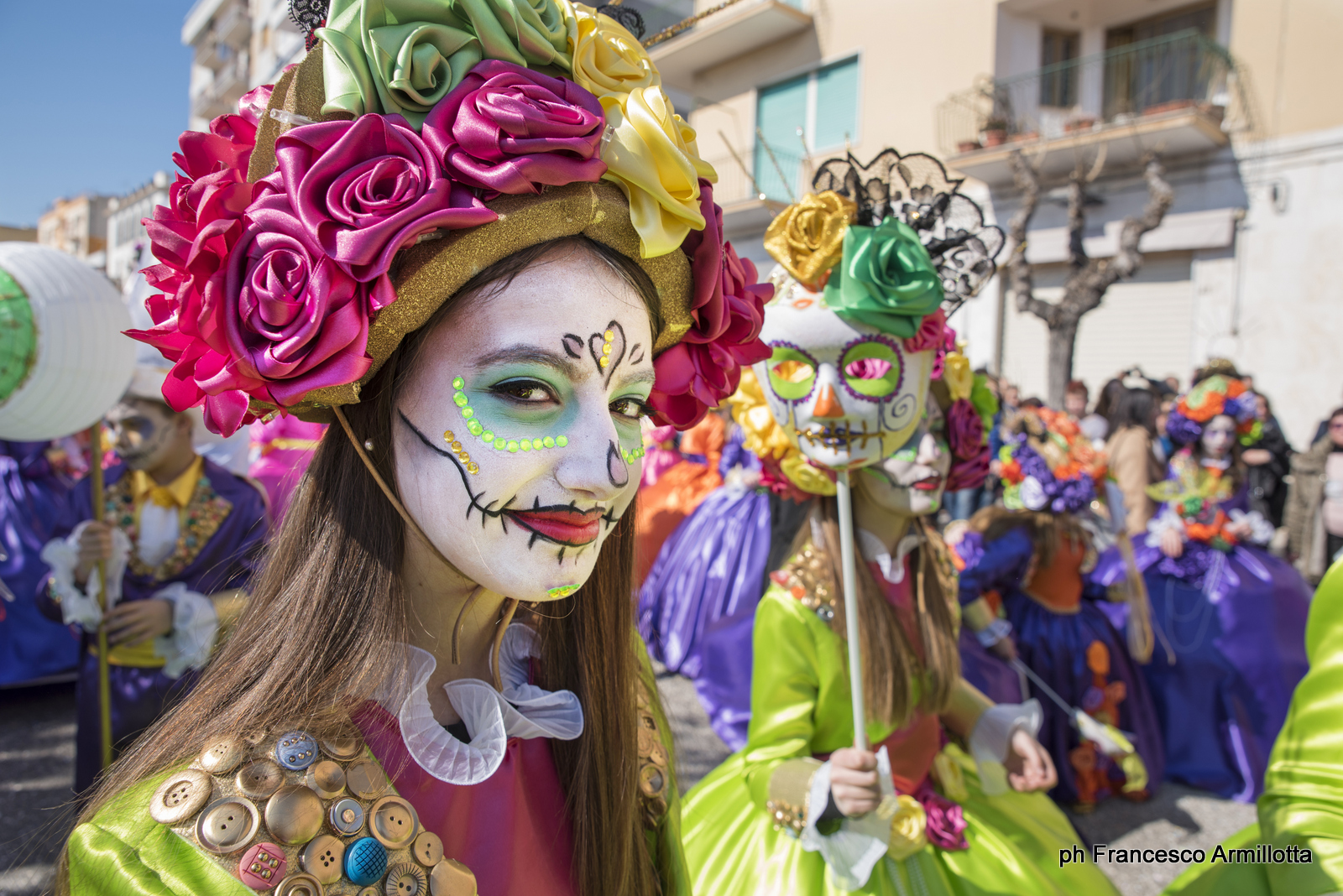 Talking about Sicily we can’t help mentioning La Battaglia delle Arance and the Opere di Cartapesta of Sciacca.
As you can see Italy also in this case has so much to offer. 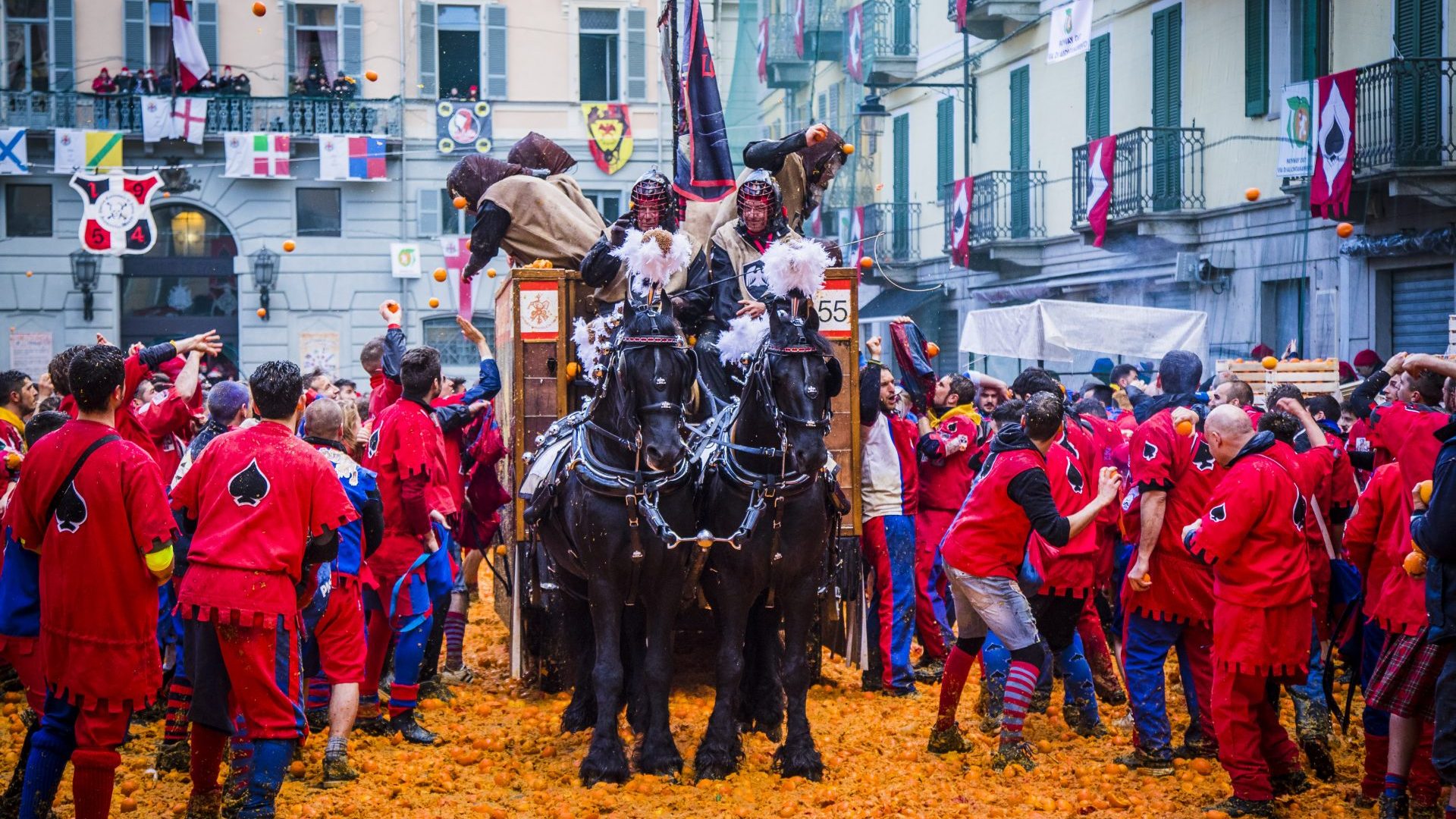 Surely Carnival is one of the best occasions for those who love to enjoy life and have fun with a smile on their face!
And as we have already said Carnival takes an even better turn if every now and then we toast with a good glass of wine.
We wish everyone a wonderful Carnival week.